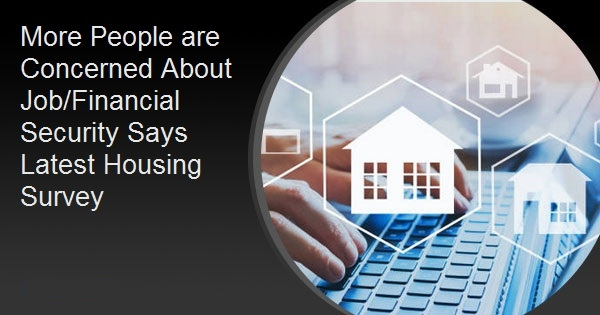 After its third straight month of gains, Fannie Mae's Home Purchase Sentiment Index (HPSI) is now at 81.7, up 0.7 point from September. The October increase was the fifth in the six months since the Index, based on some components of the National Housing Survey, bottomed out at a pandemic generated nine year low of 63.0. The index is still down 7.1 points from its October 2019 level.

The percentage of respondents who say it is a good time to sell a home increased from 56 percent to 59 percent, while the percentage who disagreed dipped from 38 percent to 35 percent, leaving the net at 24 percent, a 6 point increase from September but down 17 points on an annual basis.

The third component to gain ground was the question of interest rate changes. The percentage of respondents who expect mortgage rates to decline over the next 12 months was unchanged at 11 percent. The share who expect rates to rise decreased from 38 percent to 32 percent while 49 percent expect no change, a 5-point increase. As a result, the net share of Americans who say mortgage rates will go down over the next 12 months increased 6 percentage points month over month and is 4 points higher for the year.

There was also a downturn in the share of respondents who say their household income is significantly higher than it was 12 months ago. The net positive responses decreased from 59 percent in September to 55 percent. This put that component down 13 points year-over-year.

"In October, home purchase sentiment and personal finance sentiment diverged to produce only a slight increase in the HPSI," said Doug Duncan, Senior Vice President and Chief Economist. "Though there were improvements in the HPSI's buying, selling, and mortgage interest rate outlook components, we saw similar declines in the job security and household income change components. To date, the HPSI has recovered over 60 percent of its COVID-19 pandemic loss, reflecting the bright spot that the mortgage market has been in the economy. However, the continuing evolution of the pandemic and the 2020 election outcomes may have longer lasting and unexpected impacts on consumer sentiment, as we saw following the 2016 elections, and we expect both factors will shape the housing market over the coming months."