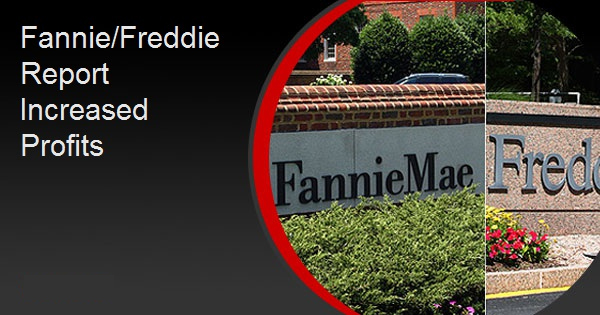 Fannie Mae's comprehensive income in the second quarter was $2.5 billion and it was 4.0 billion a year earlier. The company says the higher 3rd quarter results were due to higher amortization income from higher mortgage prepayment activity as borrowers refinanced into historically low rates.

The company has provided $982 billion of liquidity in the first nine months of 2020, the highest acquisition volume since the same period in 2003. It has funded 446,000 home purchases, 946,000 refinances and 170,000 multifamily rental units, the latter to the tune of $15 billion. Fannie Mae says 54 percent of its year-to-date acquisitions or $506 billion in volume, has gone through its whole loan conduit, almost double the volume in 2019.

Fannie Mae gave a breakdown of its single-family guaranty book of business vis-à-vis current forbearances. As of September 30, loans with unpaid balances totaling $11.6 billion were 30 to 59 days past due. Another $11.2 billion was 60 to 90 days non-current. Serious delinquencies have an aggregate principal balance of $95 billion. It adds that, during the third quarter, many loans began to successfully exit forbearance.

Freddie Mac's comprehensive income was $511 million higher than in the second quarter of this year and up $601 million year-over-year. It credited the higher returns to growth in its Single-Family guarantee portfolio, which increased by 11 percent year-over-year, as well as faster loan prepayments.

The company had a lower provision for credit losses because of strong home price increases during the third quarter as well as a stabilization of expected losses due to the pandemic.

Freddie Mac said it provided approximately $768 billion in liquidity to the mortgage market in the first nine months of 2020, funding more than 2.5 million mortgages for single family homes, 1.7 million of which were refinances. It also provided financing for 497,000 multifamily rental units.