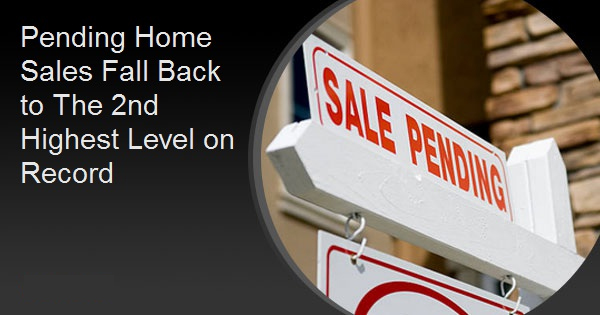 Pending home sales faltered a bit in September, like new home sales announced earlier this week, the decline ended a four-month winning streak. The National Association of Realtors® (NAR) said that its Pending Home Sales Index (PHSI) fell to 130.0, a 2.2 percent retreat from the August level.

The index, based on signed contracts to purchase existing single-family homes, townhouses, condominiums, and cooperative apartment, fell in every region but the Northeast. However, it is still 20.5 percent higher than in September 2019 and retained double digit annual growth in all regional indices.

Analysts had expected the positive run to continue. Those polled by Econoday were not universally upbeat, their forecasts were, in fact, wild. They ranged from a 4.0 percent downturn to a 9.5 percent increase. The Econoday consensus was for growth of 3.5 percent, while the consensus from Trading Economics was 3.4 percent.

"The demand for home buying remains super strong, even with a slight monthly pullback in September, and we're still likely to end the year with more homes sold overall in 2020 than in 2019," said Lawrence Yun, NAR's chief economist. "With persistent low mortgage rates and some degree of a continuing jobs recovery, more contract signings are expected in the near future."

"Additionally, a second-order demand will steadily arise as homeowners who had not considered moving before the pandemic begin to enter the market," Yun said. "A number of these owners are contemplating moving into larger homes in less densely populated areas in light of new-found work-from-home flexibility."

The PHSI is based on a large national sample, typically representing about 20 percent of transactions for existing-home sales. In developing the model for the index, it was demonstrated that the level of monthly sales-contract activity parallels the level of closed existing-home sales in the following two months. Existing-Home Sales for October will be reported on November 19.

An index of 100 is equal to the average level of contract activity during 2001, which was the first year to be examined. By coincidence, the volume of existing-home sales in 2001 fell within the range of 5.0 to 5.5 million, which is considered normal for the current U.S. population.