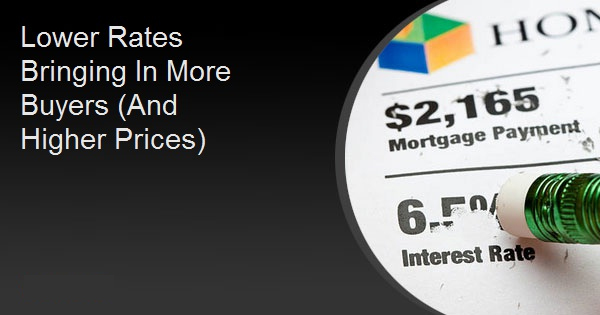 The percentage of potential home buyers who perceive housing in their market as affordable increased in the third quarter, at least as reported in a recent National Association of Home Builders (NAHB) survey. NAHB's Housing Trends Report says that 27 percent of buyers responding to the survey reported they could afford at least half of the homes available for sale in their markets. This is up from 20 percent in the third quarter of last year.

Rose Quint writes in NAHB's Eye on Housing blog that the increased responses indicate that lower mortgage rates have had a stronger impact on some buyers' perceptions of affordability than has rising home prices. "Nonetheless, it is important to keep in mind that most home buyers (72 percent) still say they can afford only a minority of the homes available in their markets," she says.

A graph of survey responses provided by NAHB shows that buyers have been quite consistent about this matter over the last few years. Since the fourth quarter of 2017 the share of respondents who felt they could afford half of the homes in their market has varied over only a 9-point range, from 18 percent to the current 27 percent high.

Between the third quarters of 2019 and 2020, the share of buyers who can afford half or more of the homes available rose most significantly among Millennials (17 percent to 31percent) but dropped among Boomers (23 percent to 19 percent). Perceptions of affordability rose in three of the four regions. The most significant increase was in the Northeast.