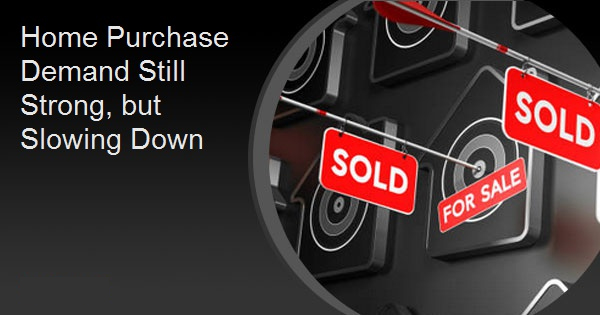 While applications for new home purchase mortgages jumped in September, the Mortgage Bankers Association (MBA) expects only modest changes in the September sales data. MBA's Builder Application Survey (BAS) data shows mortgage applications for new home purchases increased 38.2 percent in September compared to a year earlier but were down 5 percent from August 2020. The latter change does not include any adjustment for typical seasonal patterns.

MBA estimates new single-family homes were selling at a seasonally adjusted annual rate of 869,000 units in September 2020. This estimate is derived using mortgage application information from the BAS, as well as assumptions regarding market coverage and other factors. The estimate is a decrease of 0.2 percent from the August sales rate of 871,000 units. On an unadjusted basis, MBA estimates that there were 67,000 new home sales during the month, down 1.5 percent from 68,000 sales in August.

"The strong year-over-year results for non-seasonally adjusted new home sales applications - up 38 percent - and estimated home sales - up 20 percent - are indicative of the fundamental strength seen in the housing market since the spring," according Joel Kan, MBA's Associate Vice President of Economic and Industry Forecasting. "Demand for newly built homes is strong, as many buyers appear to seek more space for work, in-home schooling, and leisure," he said. "However, the moderation in the seasonally adjusted sales pace the last two months could mean that demand has slowed recently - likely because of tight inventory conditions and the slowing improvement in the job market."

Conventional loans accounted for 71.3 percent of loan applications while 17.8 percent were for FHA loans. VA loans composed 10.1 percent and RHS/USDA loans 0.8 percent. The average loan size of new homes increased from $348,576 in August to $354,316 in September.

MBA's Builder Application Survey tracks application volume from mortgage subsidiaries of new home builders across the country. Utilizing this data, as well as data from other sources, MBA is able to provide an early estimate of new home sales volumes at the national, state, and metro level as well as information on the types of loans used by new home buyers. Official new home sales estimates are conducted by the Census Bureau and are recorded at contract signing, which is typically coincident with the mortgage application. September Census Bureau sales estimates will be released on Monday, October 26.