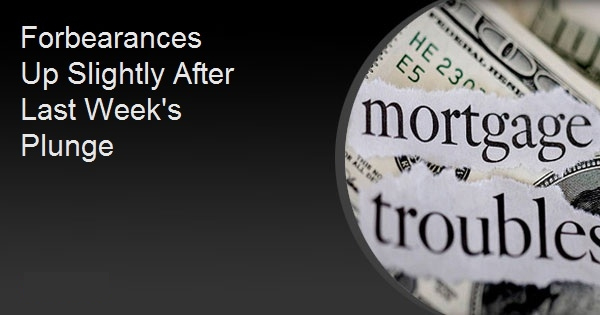 Last week Black Knight reported that the beginning of October saw a decline in the number of active forbearance plans of 649,000 or 18 percent as many plans reached the end of their initial period. It was the largest single week decline since the crisis began. This week the number of loans in forbearance edged up a bit. The company reported an increase of 19,000 plans, bringing the total to just under 3 million. Despite the increase, the share of mortgages in forbearance held steady at 5.6 percent. Forbearances peaked at 4.76 million plans in late May.