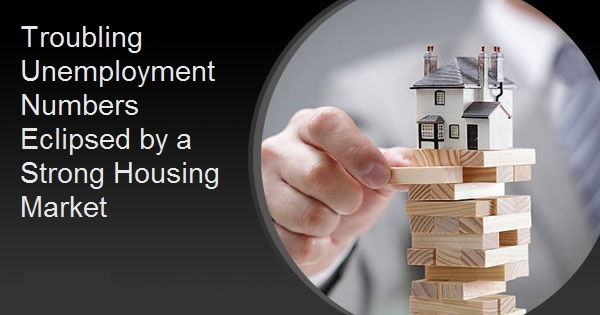 Although the housing market continues to show strength, Freddie Mac economists say there are increasingly troubling signs in the larger economy. The third quarter forecast from the company's Economic and Housing Research Group notes an apparent stall in economic activity in early July. Even as many businesses reopened, unemployment claims continued at elevated levels, (and posted its largest one-week increase in three months last week). In mid-September claims totaled about 26 million.  Although the unemployment rate declined to 7.9 percent in September, Freddie Mac says a shift from temporary to permanent unemployment and a deterioration in labor force participation signals an underlaying labor market weakness.

But then there is the housing market. One of the main drivers of the quick recovery from the March/April downturn is the historically low interest rates which hit an all-time low of 2.86 percent in mid-September (and was at 2.81 percent today.) The economists forecast they will remain flat at around 3.0 percent until the end of 2021. Total mortgage origination volumes increased as many homeowners took advantage of historically low mortgage rates. The main driver was a surge in refinance originations.

Total home sales, including both new and existing units, saw a sizeable increase. New home sales surpassed an annualized 1 million units in August, the highest rate since the second quarter of 2006. Existing home sales reached a 6 million unit rate the same month. The economists expect that surge to help propel total annual sales to 6.2 million in 2020. The temporary slowdown in homebuilding in the spring and early summer will translate to fewer new homes for sale next year so home sales are expected to decline to 6.1 million during that year.

Rising sales have further depressed housing inventory, it was down 18.6 percent month-over-month in August, resulting in an acceleration in house price growth this summer. The forecast now is for home prices to gain 2.4 percent in the third quarter and 5.5 percent for the calendar year. Freddie Mac expects growth to moderate to 2.6 percent next year.