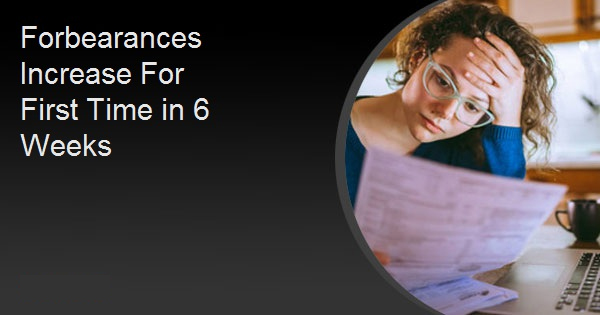 The number of active COVID-19 related forbearance plans grew over the past week according to Black Knight's most recent survey on the subject. The number of mortgages in forbearance rose by 21,000, the first increase in six weeks.

Forbearances among loans serviced for the GSEs Fannie Mae and Freddie Mac continued to decline, down 9,000, but the number of loans serviced for portfolio held and private label securities (PLS) more than offset that improvement, rising by 28,000. Forborne loans serviced for FHA and the VA also increased in number, but by a relatively modest 2,000.

Black Knight puts the number of loans still in forbearance at 3.6 million. More than 75 percent of those have had their original plans extended at some point since March.

Over the past month, the number of active forbearance volumes have retreated by 305,000 loans or 8.0 percent. Both the GSE and Portfolio/PLS groups have declined by 10 percent while the number of FHA/VA plans has shrunk by 4.0 percent.