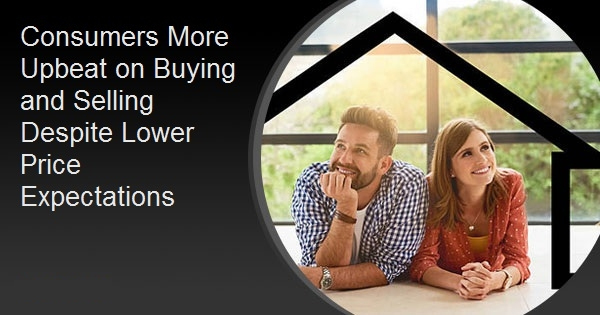 Fannie Mae says its Home Purchase Sentiment Index (HPSI) which, before a slight setback in July, had been rebounding strongly from its April COVID-19 related plunge, got back on track last month. The August index, based on responses to six questions in the National Housing Survey (NHS), increased 3.3 points to a 77.5 reading.

Five of the six components rose from their July level with consumers reporting a more optimistic view of both homebuying and home-selling conditions, but a slightly more pessimistic view of expected home price growth. The Index remains down 16.3 points year-over-year.

"The HPSI rose modestly in August, recovering the ground it lost in July," said Doug Duncan, Senior Vice President and Chief Economist. "The HPSI's recovery was driven by near-record low mortgage rates that helped restore much of consumers' positivity on whether it is a good time to buy a home, while also improving the good-time-to-sell sentiment. The August survey was conducted as consumers continue to face uncertainty regarding schools' and businesses' reopening plans and as the CARES Act $600-per-week income supplement expired."

A few more respondents predicted further declines in mortgage interest rates than did in July. The share of those who expect rates to go down over the next 12 months rose one point to 17 percent while those who think rates will increase dipped to 33 percent from 35 percent. The net is now a negative 16 percent, about the same as one year ago.

Despite an unemployment rate in double digits when the survey was conducted, there remains little concern on the part of respondents about job security. Seventy-eight percent said they were not concerned about losing their jobs, up 2 points from July, while 22 percent said they are concerned, a 1-point decline. The net unconcerned was up 3 points to 56 percent.

The sole component to decline was home price expectations. The percentage of respondents who expect prices to increase in the next 12 months declined from 35 percent to 33 percent, while 23 percent expect them to go down, a 3-point gain. The share who think home prices will stay the same was unchanged at 34 percent. As a result, the net share of Americans who say home prices will go up decreased 5 percentage points.

The National Housing Survey from which the HPSI is constructed, is conducted monthly by telephone among 1,000 consumers, both homeowners and renters. In addition to the six questions that are the framework of the index, respondents are asked questions about the economy, personal finances, attitudes about getting a mortgage, and questions to track attitudinal shifts