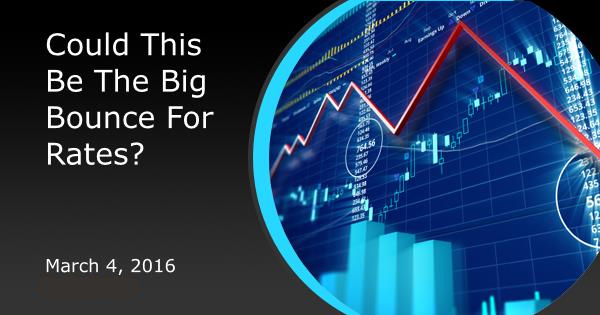 Could This Be The Big Bounce For Rates?

Until this week, interest rates had been grinding sideways in an exceptionally narrow range, just off the long term lows seen in early February.  March’s biggest news has been the unequivocal break of that range—unfortunately, to the upside.

These risks began to take shape when stocks and oil prices managed to bounce in February at roughly the same levels seen in January.  Investors were cautious about the possibility that this was a proverbial “dead cat bounce.”  In other words, there was not widespread belief that stocks and oil would make it any higher than they did in January before falling again.

Those beliefs have been changing over the course of this week, with Friday’s strong jobs report only increasing the momentum toward higher stocks, oil prices, and rates.  In the following chart, 10yr Treasury yields are standing in as a more timely proxy for mortgage rates: 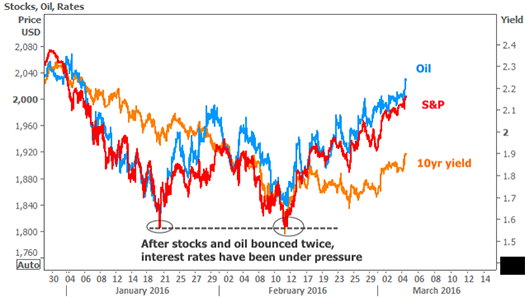 Of course, things could always change right back, and if they do, rates could certainly catch a break.  But history is unkind when it comes to examples of rates entering (and leaving) the range seen in February.   The last 2 times, rates went on to rise at least half a point.  The only other time was in 2012, when the Fed was still expanding its asset purchases. 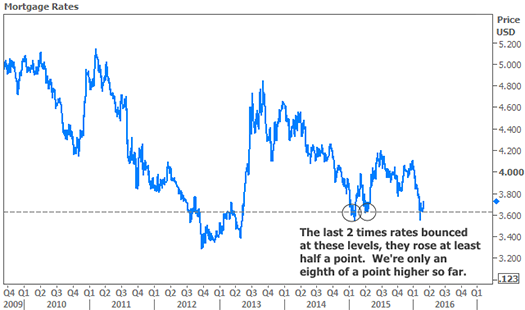 Of course, we’ve come to see that it does not necessarily require aggressive Fed policy to push interest rates lower.  Indeed, there is still a long term scenario that could eventually lead rates to new all-time lows.  If that ends up happening, it’s all but guaranteed that we’ll see periodic corrections along the way.  These could last days, weeks, or months.  Until we can rule out that we’re on the threshold of one of those bigger corrections, it makes much more sense to be defensive as opposed to crossing our fingers and hoping for rates to come back down. 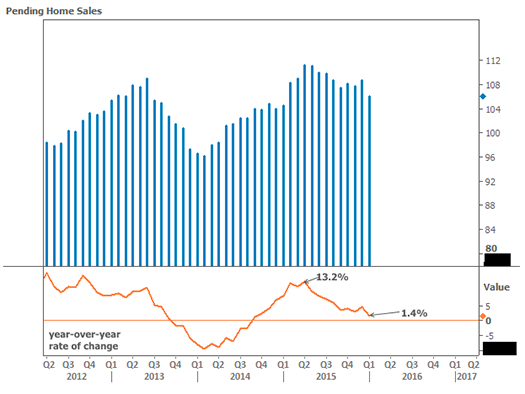 Home prices are an exception to the shift in housing data, with most reports in agreement on strong gains.  Corelogic noted January’s Home Price Index rose to 6.9 percent, on the higher end of most estimates.  Black Knight’s most recent data covers through December and showed a milder 5.5 percent rate of appreciation.

In other housing data, Multi-Family expenditures hit a record in January, mortgage applications ebbed, and distressed sales now account for only 10 percent of all home sales.