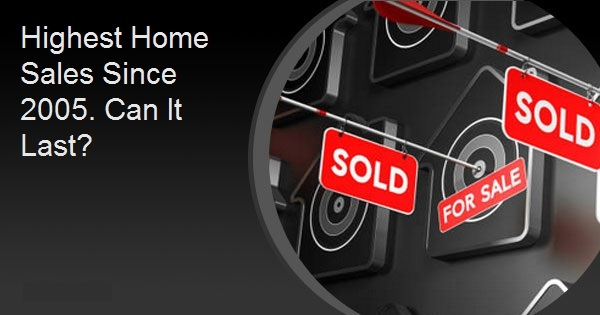 July marked the third consecutive outsized increase in the Pending Home Sales Index (PHSI) produced by the National Association of Realtors® (NAR) It also was the third of three July sales measures to surprise analysts. NAR said the PHSI, a leading indicator of home sales based on newly signed purchase agreements, rose 5.9 percent from 116.1 in June to 122.1.

The increase in the PHSI was the smallest gain among the home sales indicators. New home sales rose 13.9 percent in July and new home sales soared 24.7 percent. Nonetheless, the performance is impressive given that the index has more than recovered from the 88.2 level to which it plunged in April as the nation shut down in response to the outbreak of coronavirus.

The July gain, which put the index up 15.5 percent compared to a year earlier, bodes well for existing home sales in August and September. Pending sales are generally expected to close within one to two months of contract signing.

"We are witnessing a true V-shaped sales recovery as homebuyers continue their strong return to the housing market," said Lawrence Yun, NAR's chief economist. "Home sellers are seeing their homes go under contract in record time, with nine new contracts for every 10 new listings."NAR said the strong summer sales are an indication that the pandemic merely delayed rather than obliterated the "spring market." With most of the states that shut down now reopened, the market is benefiting from the pent-up demand. Yun says there are no indications that contract activity will wane in the immediate future, particularly in the suburbs.

There had been no true consensus over the pending sales report. The range of estimates from analysts polled by Econoday was -0.5 percent to 10.0 percent while the median for MarketWatch was 3.0 percent and Trading Economics predicted 4.0 percent.

Yun expects existing-home sales to ramp up to 5.8 million in the second half of the year. That expected rebound would bring the full-year level of existing-home sales to 5.4 million, a 1.1 percent increase from last year. He forecasts sales of 5.86 million in 2021, supported by an economy that he expects to expand by 4 percent and a low interest rate environment, with the 30-year mortgage rate average of 3.2 percent.

"Anecdotally, Realtors are telling me there is no shortage of clients or home seekers, but that scarce inventory remains a problem," Yun said. "If 20 percent more homes were on the market, we would have 20 percent more sales, because demand is that high." He added that he expects housing starts to average at 1.35 million in 2020 and to pick up in 2021, to 1.43 million.

All four regional indices recorded month-over-month gains in contract activity in July. The PHSI in the Northeast rose 25.2 percent to 112.3 in July, 20.6 percent higher than a year earlier. In the Midwest, the index rose 3.3 percent to 114.6, up 15.4 percent from the previous July.

The PHSI is based on a large national sample, typically representing about 20 percent of transactions for existing-home sales. In developing the model for the index, it was demonstrated that the level of monthly sales-contract activity parallels the level of closed existing-home sales in the following two months. Existing-Home Sales for July will be reported September 22.

An index of 100 is equal to the average level of contract activity during 2001, which was the first year to be examined. By coincidence, the volume of existing-home sales in 2001 fell within the range of 5.0 to 5.5 million, which is considered normal for the current U.S. population.