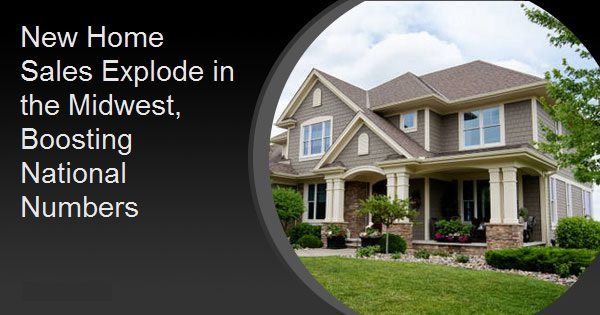 New home sales were expected to dip slightly in July after posting 13.8 percent growth in June and setting a 13-year high. Instead, the June sales were revised upward, from 776,000 to 791,000, bringing that month's increase to 15.1 percent and July still managed a 13.9 percent gain. Last month's sales were at a seasonally adjusted annual rate of 901,000 units, the fourth consecutive month-over-month increase. The month's sales of newly constructed homes were up 36.4 percent from the seasonally adjusted rate of 661,000 units during the same month in 2019.

The U.S. Census Bureau and the Department of Housing and Urban Development said the strength in national sales came despite a substantial decline in the Northeast. Sales there fell 23.1 percent although they remained 25.0 percent higher on an annual basis.

The Northeast's performance was offset by a 58.8 percent sales gain in the Midwest. That region's sales were 81.3 percent higher year-over-year. The South posted a 13.0 percent gain, and a 27.6 percent increase from the prior July. Sales in the West were up 7.8 percent and 40.8 percent for the two earlier periods.

There were 299,000 new homes available for sale at the end of July, 5,000 units fewer than at the end of June. The current inventory is estimated to be a 4.0-month supply at the current sales rate. This is down from a 4.6-month supply in June and 6.0 months a year earlier. New homes have been on the market a median of 4.1 months.