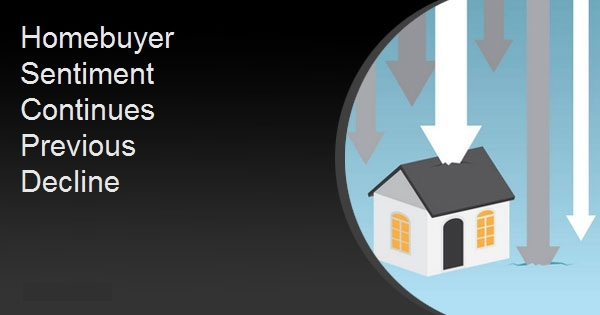 Fannie Mae's Home Purchase Sentiment Index (HPSI) faltered a bit in July as it tried to recover from its 29.5-point aggregate plunge in March and April. The index, derived from six questions on the National Housing Survey (NHS), decreased 2.3 points in July to 74.2.  Three of the components deceased from June levels, led by a significantly more pessimistic view of homebuying conditions. The HPSI is down 19.5 points from its July 2019 level.

That loss was offset slightly by an increase in sentiment about selling. The percentage of respondents said it was a good time to do so rose 4 points to 45 percent. With 48 percent responding that it was a bad time to sell, unchanged from June, the net share of positive responses was -3 percent.

"Following a partial recovery of the HPSI in the previous two months, consumer sentiment toward housing took a slight step back in July amid a rise in coronavirus infections across many parts of the country, including the south and southwest," said Doug Duncan, Senior Vice President and Chief Economist. "Supply constraints appear to be applying upward pressure to consumers' home price expectations, which in turn has contributed to both a sharp reversal in optimism about whether it is a good time to buy a home and further improvement in home-selling sentiment. The July survey was conducted as legislators considered the extension of several provisions in the CARES Act to support household incomes during the pandemic. Not surprisingly - more than any other respondent groups - renters, 18-to-34-year olds, and households earning less than $100,000 think it's a bad time to buy a home, which we believe suggests a less favorable outlook for first-time homebuying activity. In the months ahead, we continue to expect consumer sentiment to be closely linked to the country's progress in containing the spread of the virus."

The net share of respondents who expect home prices to increase over the next year rose 3 points to 12 percent with 35 percent saying prices will increase, 23 percent expecting a decline and 34 percent saying there will be no change.

A majority of respondents think mortgage rates are as low as they will go. Thirty-five percent think they will increase over the next 12 months and 42 percent expect they will remain about the same. Only 16 percent are looking for even lower rates.

The net share of those who say their household income is significantly higher than it was 12 months ago decreased 3 percentage points to 6 percent with 22 percent reporting an increase compared to 25 percent in June.