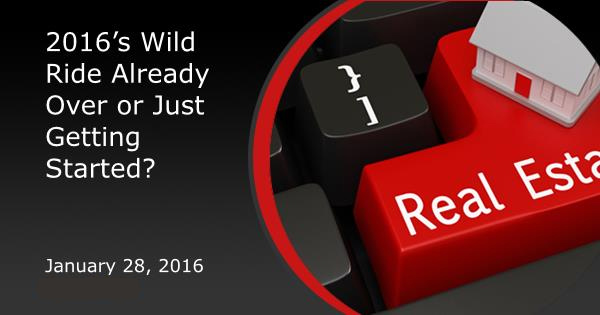 2016’s Wild Ride Already Over or Just Getting Started?

One of the most comforting things about trying to predict the future in financial markets is that there are always so many other people trying to predict the future at any given time.  That means the entirety of investor expectation is always baked in to current levels.  In other words, if there was a way for investors to know that stocks and rates would continue lower from here, people would already be trading accordingly.

While we can’t know if the trend toward lower rates and stock prices is over, we can plainly see that investors are considering that possibility.  Instead of the clear, directional move that prevailed for most of the month, this past week saw rates and stocks consolidate in a decidedly more ‘sideways’ path.  The following chart shows this consolidation in S&P futures (used to represent the stock market) and 10yr Treasury yields (which tend to be highly correlated with mortgage rate movement). 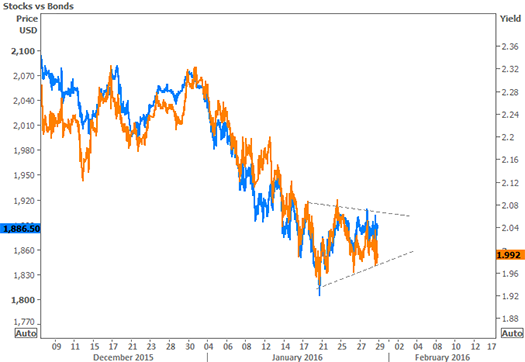 The longer financial markets trade in these sorts of sideways patterns, the greater the potential of the subsequent move.  More simply put, when rates and stocks break out of this pattern, the next move could be just as sharp as January’s.  With rates fairly close to 8-month lows, and the next move running the risk of being big, there’s nothing a mortgage borrower should regret about locking a rate.

No matter the strategy or goals, it’s a great time to remain vigilant about day-to-day market movements.  Set your own personal lines in the sand and act accordingly if they’re crossed.  For instance, are you considering locking a rate but hoping for rates to move lower?  Set a limit as to how much higher rates could go before you’d cut your losses.

Two of the big monthly housing reports were out this week and each told a different version of the same story.  Pending Home Sales, released by the National Association of Realtors, showed just a modest improvement in December.  The NAR also made a note of the general deceleration in the pace of sales owing to affordability issues and “grossly inadequate” homebuilding. 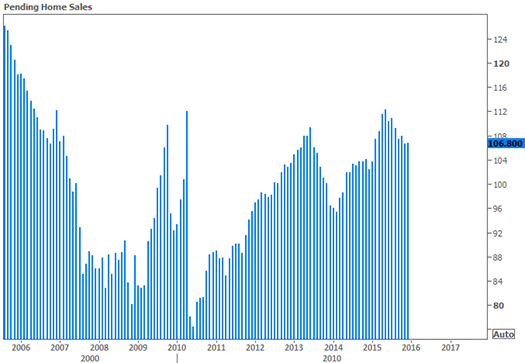 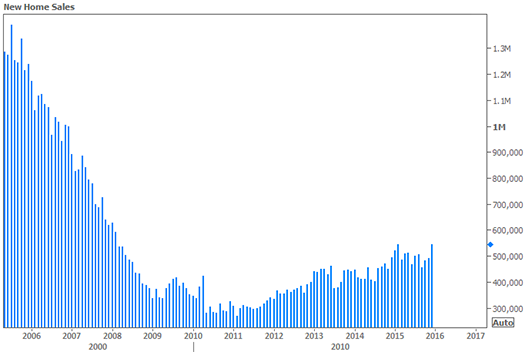 Elsewhere in housing data, we had 2 reports on Home Prices.  Case-Shiller logged a 5.3 percent increase for November compared to a 5.1 percent increase in October.  Black Knight saw prices appreciating at a roughly similar pace of 5.5 percent, but its more granular data showed price declines in several states.

In non-housing-related data, the Fed was back with another policy announcement.  They weren’t expected to even consider raising rates again at this meeting, but investors were still interested to see how they might change the verbiage of their announcement given January’s market volatility.  Indeed the Fed downgraded several of its assessments on the economic outlook, albeit subtly.  Still, it was enough to help interest rates avoid moving higher in the middle of the week.