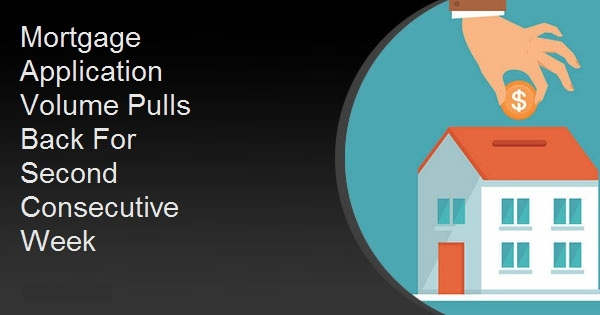 Mortgage application volume declined during the week ended July 31 even as mortgage interest rates reached another all-time low. The Mortgage Bankers Association (MBA) said its Market Composite Index, a measure of that volume, decreased 5.1 percent on a seasonally adjusted basis from one week earlier and was down 5 percent unadjusted.

Refinancing took the larger hit. That index fell 7 percent from the previous week and accounted for 63.9 percent of all applications, down from 65.1 percent the prior week. Activity was 84 percent greater than the same week one year ago.

The Purchase Index decreased 2 percent from one week earlier on both a seasonally adjusted and a non-adjusted basis. It was 22 percent higher on an annual basis.

Joel Kan, MBA's Associate Vice President of Economic and Industry Forecasting said, "Mortgage rates dropped to another record low last week, falling below the previous record set three weeks ago to 3.14 percent. Refinance activity decreased - despite the decline in rates - but the current pace remains more than 80 percent higher than a year ago when rates were over 4 percent. MBA's forecast calls for rates to remain at these low levels, which will continue to spur strong refinance activity and offer homeowners relief in the form of lower monthly mortgage payments during these uncertain economic times."

"Purchase applications also fell slightly but were still 20 percent higher than a year ago and have now risen year-over-year for 11 straight weeks. Purchase loan balances continued to climb, which is perhaps a sign that the still-weak job market and tighter credit for government loans are constraining some first-time homebuyers," Kan said.

The average contract interest rate for 30-year fixed-rate mortgages (FRM) with loan balances at or below the conforming limit of $510,400 decreased to 3.14 percent from 3.20 percent, with points increasing to 0.39 from 0.37. The effective rate decreased from last week.

The rate for jumbo 30-year FRM, loans with balances exceeding the conforming limit, averaged 3.51 percent, down 1 basis point from a week earlier. Points increased to 0.33 from 0.30 and the effective rate moved higher.

The average contract interest rate for 30-year FRM backed by the FHA was unchanged at 3.27 percent, with points increasing to 0.42 from 0.35. The effective rate increased.

Fifteen-year FRM had an average rate of 2.73 percent with 0.37 point compared to the previous week's average of 2.76 percent with 0.36 point. The effective rate also declined.

The average contract interest rate for 5/1 adjustable rate mortgages (ARMs) ticked up 1 basis point to 3.09 percent. Points dropped to -0.03 from 0.11 and the effective rate decreased.  The adjustable-rate mortgage (ARM) share of activity dipped to 3.1 percent of total applications from 3.2 percent the prior week.

MBA's most recent Forbearance and Call Volume Survey found that, as of July 26, 3.8 million homeowners were in COVID-19 related forbearance plans. This is 7.74 percent of all servicer portfolios, a 7-basis point decline from the previous week.

The share of GSE (Fannie Mae and Freddie Mac) loans in forbearance dropped by 8 basis points to 5.41 percent, the eighth consecutive decline. Loans being serviced for portfolio lenders and private label securities (PLS) also had fewer forbearances, down 16 basis points to 10.37 percent of those portfolios. The Ginnie Mae (FHA and VA) loans forbearance increased by 1 basis point to 10.28 percent.

The percentage of loans in forbearance by depository servicers dropped to 7.95 percent from 8.06 percent the prior week. Those serviced by independent mortgage bank (IMB) servicers decreased 4 basis points to 7.81 percent.

"The share of loans in forbearance declined, but we are now seeing a notable pattern developing over the past two weeks. The forbearance share is decreasing for GSE loans but has slightly increased for Ginnie Mae loans," said Mike Fratantoni, MBA's Senior Vice President and Chief Economist. "The job market has cooled somewhat over the past few weeks, with layoffs increasing and other indications that the economic rebound may be losing some steam because of the rising COVID-19 cases throughout the country. It is therefore not surprising to see this situation first impact the Ginnie Mae segment of the market."

Added Fratantoni, "The higher level of Ginnie Mae loans in forbearance will increase the amount of payments that servicers must advance. We continue to monitor servicer liquidity during these challenging times."

Requests for forbearance as a percent of servicing portfolio volume (#) decreased relative to the prior week from 0.13 percent to 0.10 percent, the lowest level reported since early March.  Call center activity regarding forbearance fell from 9.0 percent of total volume to 6.7 percent.