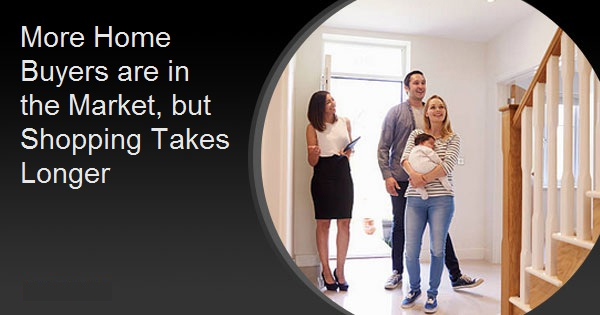 More Home Buyers are in the Market, but Shopping Takes Longer

In the second quarter of 2020, 11 percent of American adults were planning on purchasing a home over the next 12 months, and of those, almost half were actively engaged in doing so. Rose Quint, writing in the National Association of Home Builders' (NAHB's) Eye on Housing blog  says that the 49 percent who were actively shopping was significantly higher than a year ago when 41 percent were in the game but was identical to the share in Q1. Quint says this suggests that the COVID-19 crisis and its accompanying record-low mortgage rates have converted some prospective buyers into active buyers.

The share of buyers who were actively looking versus thinking about it differs significantly by age group. Of Millennials planning a home purchase in the next year, 57 percent are already actively looking but among Boomers, that share is only 37 percent. Among Gen Z and Gen X buyers the share who were active was 40 percent and 47 percent, respectively.  Regionally those in the Northeast are the most likely to be actively engaged in the purchase process (57 percent), compared to 44 percent in the Midwest, 45 percent in the West, and 50 percent in the South. The data for NAHB's latest Housing Trends Report was collected between June 16 and June 28, and Quint says those dates are important. In June, the labor market showed signs of recovery, gaining 4.8 million jobs and a posting a lower unemployment rate. The 30-year fixed mortgage rate continued to fall, reaching 3.13 percent by the end of the month. The number of COVID cases had been stable nationally, only beginning to climb around June 15.   For these reasons, NAHB assesses that consumer responses reflect a period when workers were returning to their jobs, mortgage rates looked increasingly attractive, and the pace of new cases had only recently started to regain speed.

The report also shows that the length of time spent searching for a home is growing. In the second quarter 59 percent of buyers actively engaged in the purchase process had spent three months or longer looking. A year earlier only 55 percent had spent that much time. It was the sixth consecutive year-over-year gain in the share of active buyers for whom the home-buying search took three months or more.