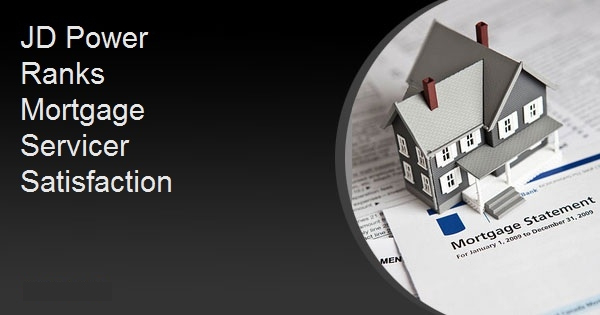 The performance of mortgage loan servicers is lacking in the eyes of many of their customers, even this early in the pandemic driven recession. J.D. Power's 2020 U.S. Primarily Mortgage Servicer Satisfaction Study found customers reporting long wait times to speak with customer service representatives and little proactive communication on the part of the companies.

J.D. Power surveyed customers 7,275 customers who originated or refinanced mortgages more than 12 months earlier on the performance of more than 30 of the nation's largest servicers. The survey, fielded in March and April, looked at performance across six factors, onboarding, billing and payment, administration of escrow accounts, fees, communications, and interaction via websites, live and automated phone. The study also explores customer satisfaction based on behavioral segments, such as risk/loan status, servicing transfers, tenure with servicer and demographics.

The company says mortgage servicers have been put to the test during the pandemic as a combination of historically low interest rates, record high unemployment and rising delinquencies have created a surge in customer inquiries. In addition to long phone queues and a lack of adequate communication, customers are increasingly used servicer websites, which many do not find adequate.

"The COVID-19 pandemic has really amplified the gaps in customer satisfaction, digital experience and call center experience that have been a challenge for mortgage servicers for some time," said Jim Houston, director of consumer lending intelligence at J.D. Power. "At a time when the need for streamlined, effective digital guidance and proactive outreach and counsel is more important than ever, mortgage customers aren't finding the answers they need online, pushing them onto long customer service queues in call centers and leaving them to hunt for answers on how best to address their challenges."

Despite it all, the company says average industry satisfaction is up from 2019 and many of this year's findings are forward looking, providing lenders with a clear line of sight to what consumers want and expect. Topping the list for the seventh straight year with a score of 854 was Quicken Loans, followed by Regions Mortgage at 846 and Huntington National Bank at 827. However, all were outscored by USAA Federal Savings Bank (895) and Navy Federal (864), neither of which met the survey's ranking criteria.

Sixty-two percent of customers visit their lender's website first for information, but only 28 percent say it is the most effective channel for resolving an issue, and of those, 45 percent said they were only able to do so by speaking on the phone with a representative. J.D. Powers says, given that websites are relied on for common customer activities, lenders need to make sure that their websites are more effective in helping customers achieve resolution.

Nearly one-fifth (19 percent) of customers say it is not easy to contact a live agent via the telephone. This negative experience causes a 261-point drop (on a 1,000-point scale) in satisfaction for those consumers who want to use this traditional channel.

Customer fears can drive increased calls. The survey found 44 percent of at-risk customers called their servicer in the last 12 months vs. 25 percent of those at low risk. At-risk customers also call more frequently, an average of 3.15 times vs. 2.54 for others. Thus, J.D. Powers says lenders should expect more calls as risk increases. This could further challenge centers already dealing staffs working at home.

The communication that had the greatest impact on customer satisfaction is a simple "thank you." Scores increased by 86 points when lenders thanked customers for their business, yet just 22 percent of lenders do this.