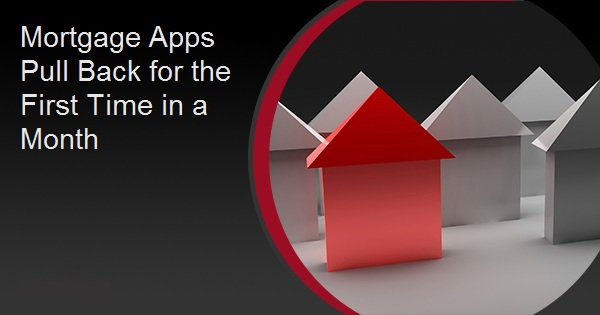 Mortgage Apps Pull Back for the First Time in a Month

Mortgage application volume declined for the first time in four weeks during the week ended July 24. The Mortgage Bankers Association (MBA) said is Market Composite Index, a measure of that volume, was down 0.8 percent on a seasonally adjusted basis from the prior week and down 1 percent before adjustment.

The Refinance Index dipped 0.4 percent from the previous week although it was still 121 percent higher than the same week in 2019 and made up 65.1 percent of total applications. The share was 64.8 percent the previous week.

The seasonally adjusted Purchase Index ticked down 2 percent from one week earlier. The unadjusted index 1 percent lower week-over-week but up 21 percent on an annual basis.

"Mortgage rates remained near record lows for conventional loans last week, and refinances in the conventional sector continued to slightly increase. However, rates on FHA loans rose, leading to an almost 18 percent drop in FHA refinances," said Mike Fratantoni, MBA's Senior Vice President and Chief Economist. "Homebuyers stepped back slightly, and there was a larger drop in purchase application volume for FHA, VA, and USDA loans. This trend, along with the fact that average loan sizes are increasing, indicate that prospective first-time buyers are being impacted more by the rising economic stress caused by the resurgence in COVID-19 cases, as well as the uncertainty on how the next round of government support will take shape."

Rates, both contract and effective, increased for all loan types except for conforming 30-year fixed-rate mortgages (FRM). The rate for those loans, with origination balances at or below the conforming limit of $510,400, was unchanged at 3.20 percent. Points increased to 0.37 from 0.35 and the effective rate increased.

The rate for jumbo 30-year FRM, loans with balances exceeding the conforming limit, increased to 3.52 percent from 3.51 percent, with points increasing to 0.30 from 0.29.

The average contract interest rate for 5/1 adjustable rate mortgages (ARMs) increased to 3.08 percent from 2.89 percent, with points decreasing to 0.11 from 0.12. The ARM share of activity grew to 3.2 percent of total applications from 3.0 percent in each of the previous two weeks.

MBA said that, while the number of homeowners in forbearance plans continues to decline, the exodus has been most consistent for loans serviced for the GSE (Fannie Mae and Freddie Mac) portfolios.  The total number and share of active loans fell during the week ended July 19 for the sixth consecutive week, declining from 7.80 percent of servicer portfolios to 7.74 percent. MBA estimates there are now 3.9 million homeowners in forbearance.

The share of GSE loans remaining in plans fell 15 basis points to 5.49 percent. But while the GSE share of forborne loans fell for the 7th week, the share in the Ginnie Mae portfolio (VA and FHA loans) rose 1 basis point to 10.27 percent and were up 12 basis points to 10.53 percent among portfolio loans and private labor securities.

Added Fratantoni, "As a result of large buyouts from Ginnie Mae pools in recent weeks, many FHA and VA loans are now being held as portfolio loans by bank servicers. That is why the share of portfolio loans in forbearance has increased and is now typically at a higher level than that for Ginnie Mae loans."