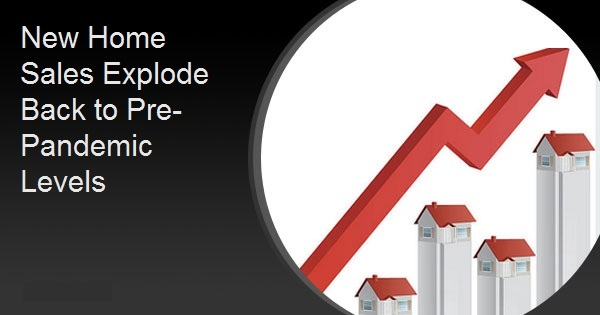 New Home sales have done it again, rising for the third straight month. The U.S. Census Bureau and Department of Housing and Urban Development estimate that newly constructed single-family homes were sold at a seasonally adjusted annual rate of 776,000 units. This is a 13.8 percent increase over the May rate, which was revised higher, from 676,000 units to 682,000. Sales are now greater than the same month in 2019 for the first time since the pandemic struck, up 6.9 percent compared to June of last year. They also topped the 774,000 units reported in January 2020, said to be a 13-year high.

Sales were higher than even the most optimistic projection by analysts polled by Econoday. Their forecasts ranged from a 648,000-unit annualized rate to 720,000. The consensus was 700,000.