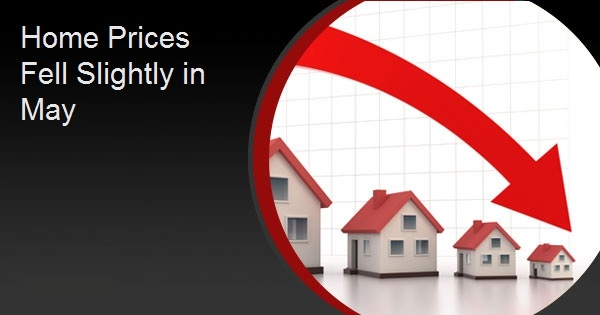 Home Prices Fell Slightly in May

House prices fell in May, although they remain well ahead of prices a year earlier. The Federal Housing Finance Agency (FHFA) said its House Price Index (HPI) dropped by 0.3 percent from its April levels. Prices were down or unchanged in eight of the nine census divisions and the 0.2 percent increase reported for April was revised down to 0.1 percent. Prices were 4.9 percent higher on an annual basis. The FHFA HPI is based on the purchase price of homes financed by either Fannie Mae or Freddie Mac. The index was benchmarked at 100 in January 1991. The level in May was 287.3.