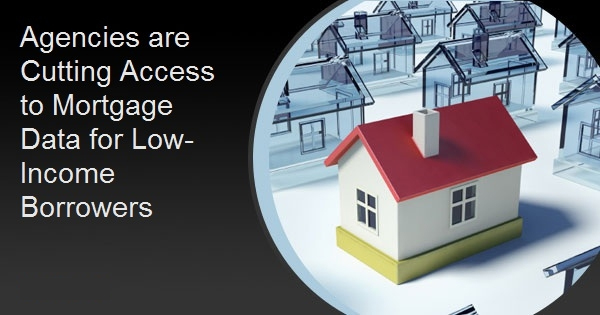 Agencies are Cutting Access to Mortgage Data for Low-Income Borrowers