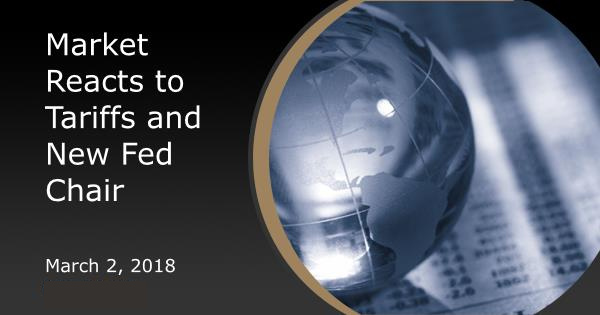 There were two key considerations for financial markets this week: Fed Chair Jerome Powell's first congressional testimony, and the announcement of new trade tariffs by the White House. Both caused volatility for interest rates in the short term and raised questions for the future.

In last week's newsletter, we examined recent stability in rates and laid out a line in the sand that they'd need to cross in order to "defeat" 2018's relentless uptrend.  The good news is that they crossed that line!  The bad news is that it came at a price.

Earlier in the week, it was far from a given that rates would defeat 2018's negative trend.  Fed Chair Powell began his first round of congressional testimony on Tuesday morning at 10am.  About 40 minutes later, he made a comment about his personal assessment of the economy being stronger than it had been in December.

Markets latched onto Powell's words and quickly began pricing-in higher odds of an additional Fed rate hike in 2018.  Although the Fed Funds Rate only applies to overnight time frames, Fed rate hike expectations can have a direct impact on longer-term rates like 10yr Treasury yields and mortgages.

Fortunately, Fed rate hike expectations aren't the only consideration for longer-term rates.  As can be seen in the following chart, 10yr Treasury yields (a benchmark for long-term rates) managed to move lower even as rate hike expectations held steady in the middle of the week.  Rates continued even lower when the White House made its tariff announcement. 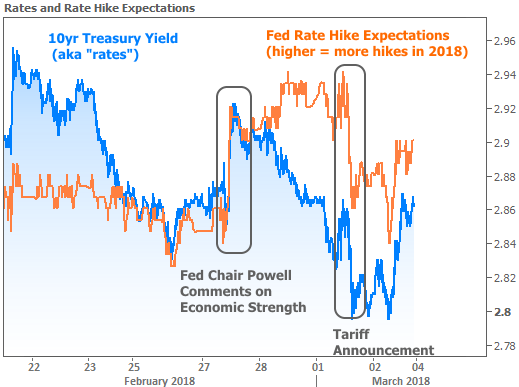 The chart tells us that rates weren't too terribly surprised by Powell.  True, rate hike expectations moved slightly higher, but the scaling of the chart overstates the size of the move.  In objective terms, investors only saw the Fed Funds Rate moving 0.04% higher in 2018.  A full rate hike is 0.25%.

The chart also tells us that there's a limit to how quickly longer-term rates are willing to fall in this environment.  The tariff news caused an unexpected drop and rates weren't ready for that much of a good thing.  10yr yields bounced firmly on 3 separate occasions near 2.80% before moving right back up to previous levels.  Bigger-picture headwinds for rates aren't going anywhere anytime soon, so any progress is more likely to look like cautious, sideways movement. 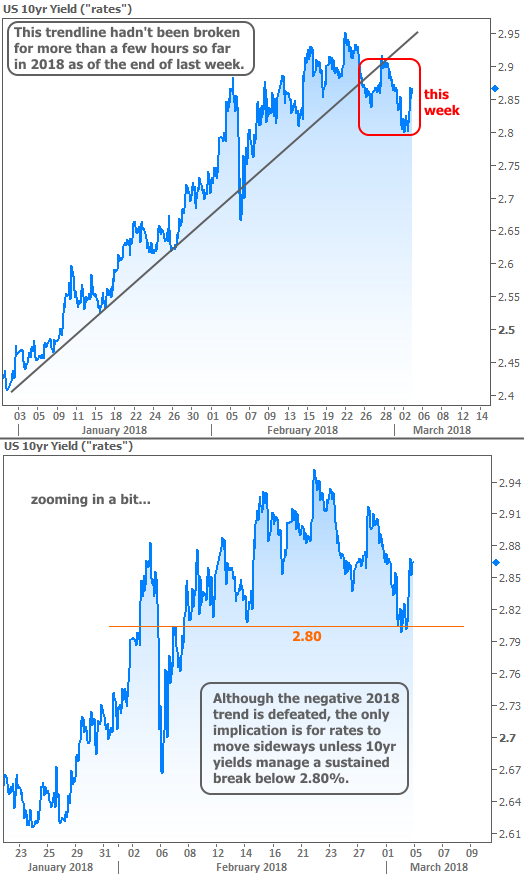 Although rates have been digging their heels in over the past few weeks, the broader move higher began to show up in home sales figures.  Sales tend to increase briefly as rates first begin spiking (buyers motivated to get off a fence by the prospect of higher payments).  From there, rates tend to create headwinds as long as they continue higher.  In the current crop of data, this is most readily seen in the Pending Home Sales Index. 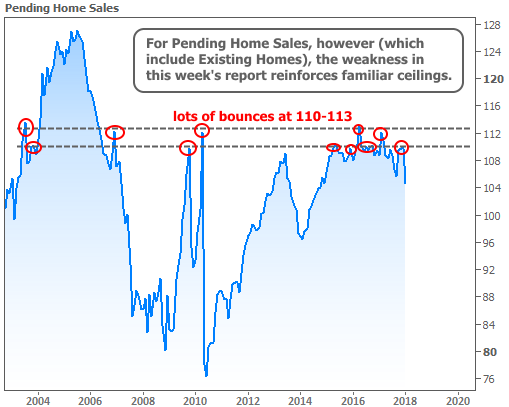 Meanwhile, new home sales are still safely inside their broader trend of improvement. 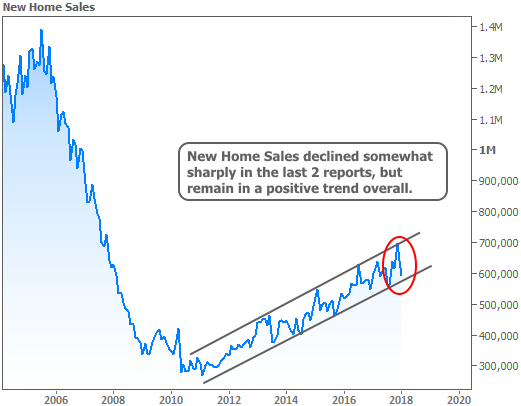 Of course rates are far from the only input for home sales.  As we discussed last week, inventory is an ongoing problem, as is affordability.  The tariff news creates more uncertainty on that front.  Tariffs could increase building costs and hinder the construction of affordable homes, according to Lawrence Yun, chief economist of the National Association of Realtors.

At the same time, the news caused a drop in the stock market as investors generally view it as negative for the broader economy.  To whatever extent that negativity plays out, it could impact homebuyer attitudes by decreasing the "wealth effect" for any prospective homebuyers who own stocks.