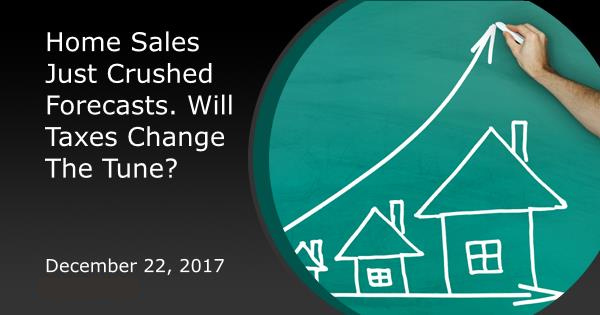 The tax bill that has been at the center of discussion for the Housing Market was officially signed into law this week. In the days leading up to that, both New and Existing Home Sales surged to post-crisis records. Can the new tax policies coexist with a strong housing market?

In a word: yes.  While there were some provisions in earlier drafts of the tax bill that would have made this question harder to answer, they didn't make the final cut.  Specifically:

All in all, this is a storm that the housing market can weather.  It's ability to do so was only reinforced by EXCEPTIONALLY strong sales figures this week.  New Home Sales stood out as the biggest winner, rising a whopping 17.5 percent in November.  This isn't merely good in the "post-crisis" context.  It puts New Home Sales back in a "high average" historical range. 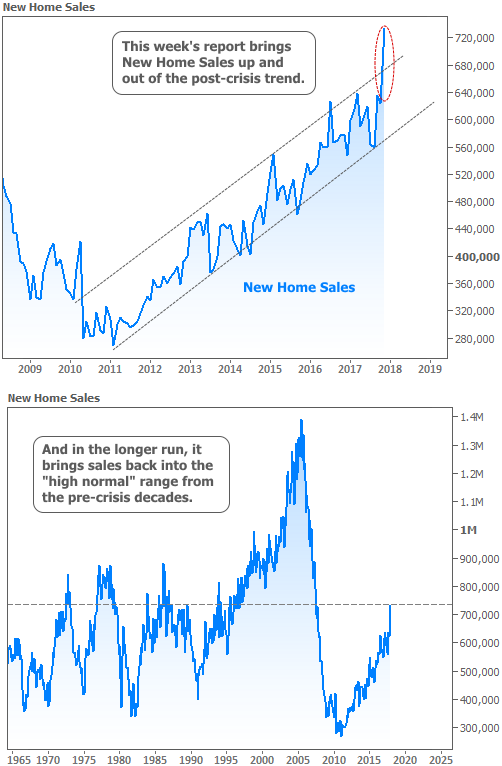 Existing Home Sales may not have surged quite as much as New Home Sales, but they too hit post-crisis highs.  Moreover, they're in a much stronger spot in the context of the historical trend.  The chart below shows plenty of room to weather any effects from new tax policy without exiting a healthy growth trend. 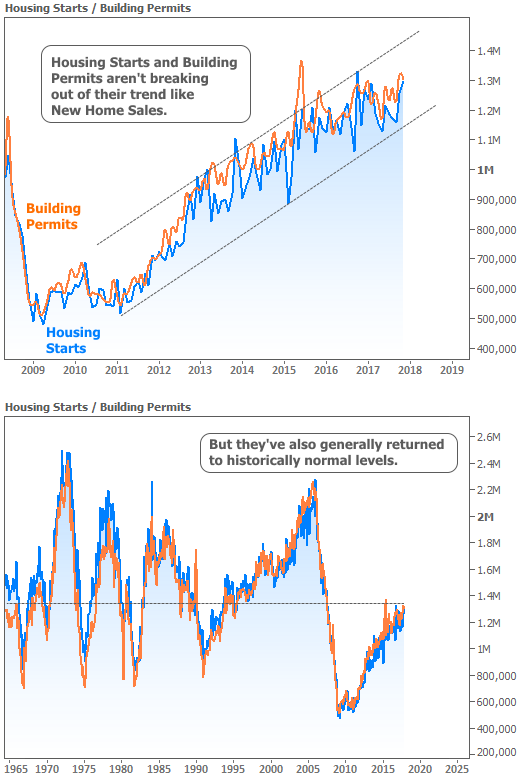 With respectable construction activity and home sales booming, it's no surprise to see builder confidence also exploring a new post-crisis high.  In fact, more than any of the week's other housing-related reports, the NAHB Housing Market Index did the most to return near all-time highs.  This should be taken with a grain of salt, however, due to the nature of survey data, which tends to oscillate in a steadier range when compared to something like outright sales counts. 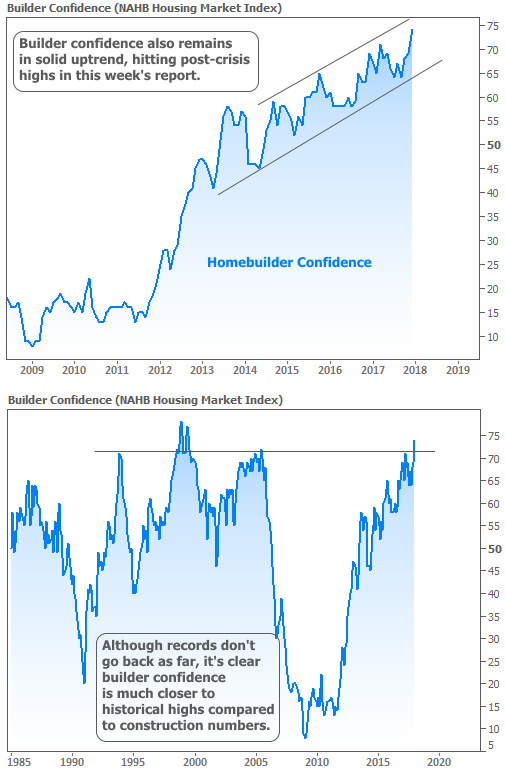 Other than the uncertainties surrounding the tax bill, the only other cloud on this week's horizon was a fairly abrupt increase in mortgage rates.  This resulted from bond traders exiting the profitable trading positions from 2017 after the 2nd consecutive bounce in a key interest rate metric that measures the gap between longer-term and shorter-term rates. The so-called yield curve is something traders can take a position on, just like stocks.

Betting on a falling (or "tightening") yield curve was all the rage in 2017, and plenty of traders continue to expect tightening in 2018.  But the 2nd bounce at the post-crisis record combined with the sparse trading conditions in the coming weeks led an exodus of traders who took some of those positions off the table for the remainder of 2017.

Removing a bet on a tightening curve often involves selling longer-term bonds, and bond-selling = higher rates.  The net effect is mortgage rates that are .125% higher than last week in most cases.  The 10yr Treasury yield (seen in the chart below) is a good proxy for minute-to-minute mortgage rate pressure. 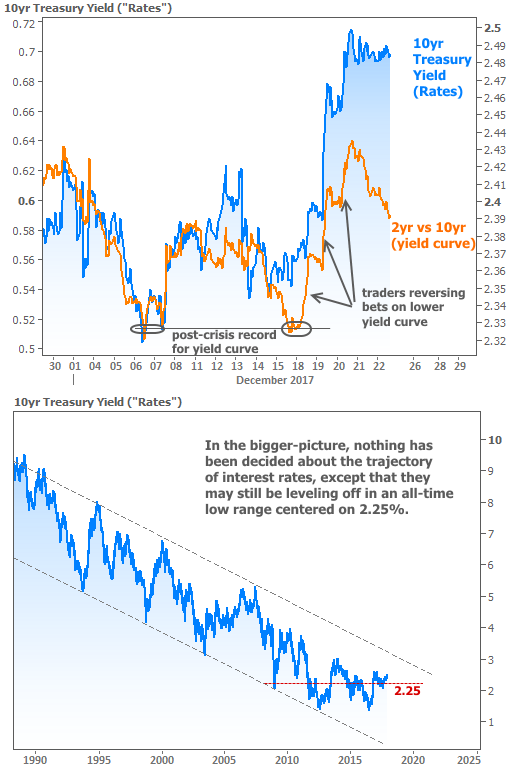 Bond markets will be closed for Christmas on Monday, and again next Monday for New Years Day.  The days between tend to be a dead zone for relevant goings-on in rates and housing markets.