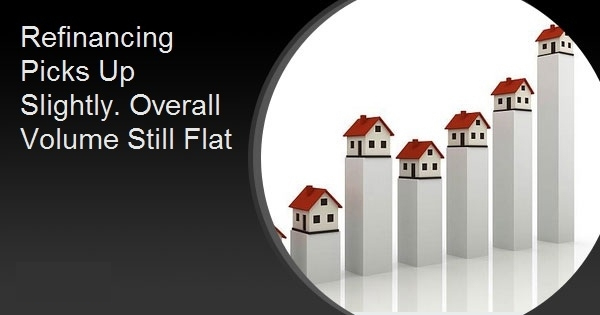 Mortgage applications rose slightly for the second week, driven by an increase in refinancing. The Mortgage Bankers Association (MBA) said its Market Composite Index for the week ended August 5 increased 0.2 percent on a seasonally adjusted basis.

The Refinance Index was up 3.5 percent from the previous week, its largest gain since early June, but was 82 percent lower than the same week in 2021. Refinance applications constituted to 32.0 percent of the total received during the week. The share was 30.8 percent the prior week.

Purchase applications declined 1 percent week-over-week on a seasonally adjusted bases and 2 percent before adjustment. That index was 19 percent lower than the same week one year ago.

“Mortgage rates remained volatile last week – after drops in the previous two weeks, mortgage rates ended up rising four basis points. Mortgage applications were relatively flat, with a decline in purchase activity offset by an increase in refinance applications,” said Joel Kan, MBA’s Associate Vice President of Economic and Industry Forecasting. “The purchase market continues to experience a slowdown, despite the strong job market. Activity has now fallen in five of the last six weeks, as buyers remain on the sidelines due to still-challenging affordability conditions and doubts about the strength of the economy.”

Added Kan, “Refinance applications increased over three percent but remained more than 80 percent lower than a year ago in this higher rate environment.”