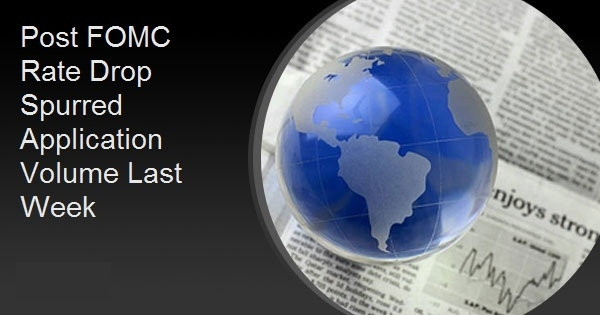 Mortgage application activity rose last week, reversing a series of declines that started in late June. The increase was modest; the Mortgage Bankers Association (MBA) said its Market Composite Index, a measure of mortgage loan application volume, ticked up 1.2 percent on a seasonally adjusted basis, but both purchasing and refinancing volumes moved higher. On an unadjusted basis, the Composite Index increased 1 percent compared with the previous week.

The Purchase Index rose 1 percent both before and after seasonal adjustment. The unadjusted index was 16 percent lower than the same week one year ago.

“Mortgage rates declined last week following another announcement of tighter monetary policy from the Federal Reserve, with the likelihood of more rate hikes to come,” according to Joel Kan, MBA’s Associate Vice President of Economic and Industry Forecasting. “Treasury yields dropped as a result, as investors continue to expect a weaker macroeconomic environment in the coming months. The 30-year fixed rate saw the largest weekly decline since 2020, falling 31 basis points to 5.43 percent. The drop in rates led to increases in both refinance and purchase applications, but compared to a year ago, activity is still depressed. Lower mortgage rates, combined with signs of more inventory coming to the market, could lead to a rebound in purchase activity.”

There were other highlights from MBA’s Weekly Mortgage Applications Survey.