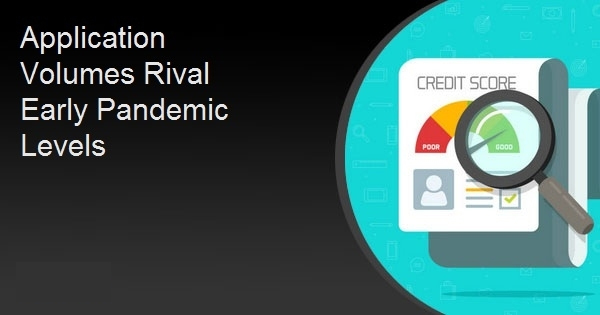 The number of applications for residential mortgages retreated for the fourth consecutive period during the week ended July 22 according to the Weekly Mortgage Applications Survey produced by the Mortgage Bankers Association (MBA). The MBA’s Market Composite Index, a measure of mortgage loan application volume, decreased 1.8 percent on a seasonally adjusted basis from the prior week and was 2 percent lower on an unadjusted basis.

The Refinance Index decreased 4 percent week-over-week and was 83 percent lower than the same week one year ago. The refinance share of mortgage activity faded to 30.7 percent from 31.4 percent.

The Purchase Index declined 1 percent and 0.4 percent on an adjusted and unadjusted basis, respectively. It was 18 percent below its level at the same time in 2021.

Joel Kan, MBA’s Associate Vice President of Economic and Industry Forecasting said last week’s mortgage activity brought the Index to its lowest point since February 2000. “Increased economic uncertainty and prevalent affordability challenges are dissuading households from entering the market, leading to declining purchase activity that is close to lows last seen at the onset of the pandemic,” he said “Weakening purchase applications trends in recent months have been consistent with data showing a slowdown in sales for newly constructed homes and existing homes. A potential silver lining for the housing market is that stabilizing mortgage rates and increases in for-sale inventory may bring some buyers back to the market during the second half of the year.”

Other highlights from MBA’s survey report: