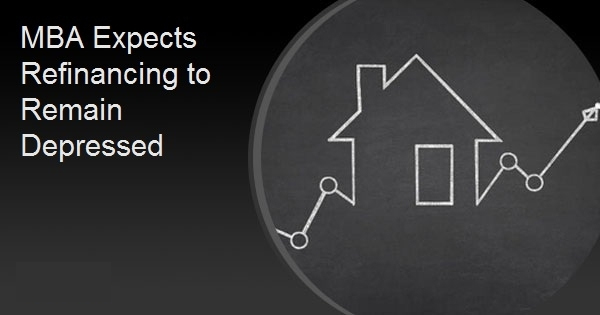 Mortgage application activity declined last week, again due, partially at least, to a holiday shortened business week. The Mortgage Bankers Association (MBA) said its Market Composite Index, a measure of loan application volume, declined 1.7 percent on a seasonally adjusted basis from one week earlier, including an adjustment to account for the Independence Day holiday. Application volume was down 13 percent on an unadjusted basis.

The Refinance Index increased 2 percent from the previous week but was 80 percent lower than the same week one year ago. The refinance share of mortgage activity increased to 30.8 percent of total applications from 29.6 percent the previous week.

“Mortgage rates were mostly unchanged, but applications declined for the second straight week,” according to Joel Kan, MBA’s Associate Vice President of Economic and Industry Forecasting. “Purchase applications for both conventional and government loans continue to be weaker due to the combination of much higher mortgage rates and the worsening economic outlook.

“After reaching a record $460,000 in March 2022, the average purchase loan size was $415,000 last week, pulled lower by the potential moderation of home-price growth and weaker purchase activity at the upper end of the market.”

Added Kan, “Refinance applications increased slightly last week, driven by an uptick in conventional and FHA refinances. The overall refinance index remained 5 percent below the average level reported in June. With the 30-year fixed rate 265 basis points higher than a year ago, refinance applications are expected to remain depressed.”