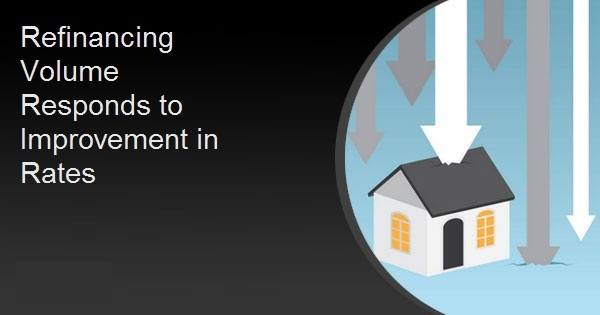 The volume of mortgage applications rose fractionally last week as rates edged down and applications for refinancing staged a small comeback. The Mortgage Bankers Association (MBA) said its Market Composite Index, a measure of that volume, increased 0.7 percent on a seasonally adjusted basis from one week earlier although it was down 20 percent from the prior week before adjustment.

Applications for refinancing rose 2.0 percent week-over-week but were 80 percent below the level during the same week in 2021. The share of refinance applications ticked up from 29.7 percent of the total received the previous week to 30.3 percent.

The Purchase Index rose 0.1 percent compared to the prior week on an adjusted basis, but the unadjusted index fell 21 percent from a week earlier and 24 percent from the same week last year.

“Mortgage rates continue to experience large swings,” according to Joel Kan, MBA’s Associate Vice President of Economic and Industry Forecasting. “After increasing 65 basis points during the past three weeks, the 30-year fixed rate declined 14 basis points last week to 5.84 percent. Rates are still significantly higher than they were a year ago, when the 30-year fixed rate was at 3.2 percent. The decline in mortgage rates led to a slight increase in refinancing, driven by an uptick in conventional loans. However, refinances are still 80 percent lower than a year ago and more than 60 percent below the historical average.”

Added Kan, “Overall purchase activity has weakened in recent months due to the quick jump in mortgage rates, high home prices, and growing economic uncertainty. Purchase applications were essentially flat last week but were supported by a 6 percent increase in government loans. The average purchase loan amount declined to $413,500, which is an ongoing downward trend since it hit a record $460,000 in March 2022.”

There was additional data from MBA’s Weekly Applications Survey