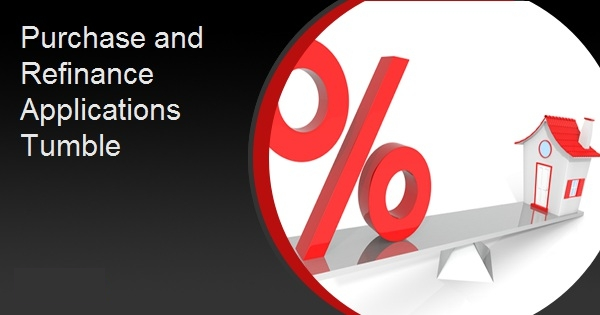 Mortgage application activity, which had been on the rebound this month, suffered its largest loss since mid-February during the week ended May 13. Applications for both refinancing and home purchase took double digit hits.

The Mortgage Bankers Association said its Market Composite Index, a measure of mortgage loan application volume, decreased 11.0 percent on both a seasonally adjusted and an unadjusted basis from one week earlier. The Refinance Index dropped 10 percent from the previous week and was 76 percent lower than the same week one year ago.

The Purchase Index fell 12 percent on both an adjusted and unadjusted basis and was 15 percent below its level during the same week in May 2021.

“Mortgage applications decreased for the first time in three weeks, as mortgage rates – despite declining last week – remained over two percentage points higher than a year ago and close to the highest levels since 2009. For borrowers looking to refinance, the current level of rates continues to be a significant disincentive,” said Joel Kan, MBA’s Associate Vice President of Economic and Industry Forecasting. “Purchase applications fell 12 percent last week, as prospective homebuyers have been put off by the higher rates and worsening affordability conditions. Furthermore, general uncertainty about the near-term economic outlook, as well as recent stock market volatility, may be causing some households to delay their home search.”