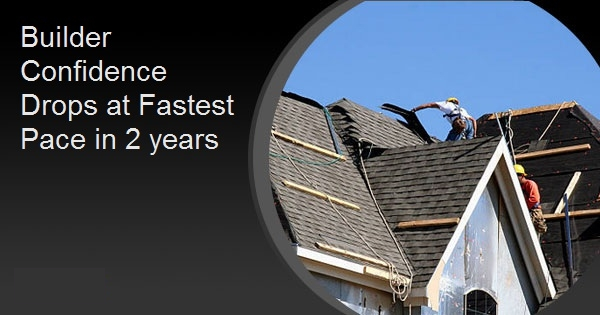 Homebuilder confidence may still be higher than almost any time before the pandemic, but it's now lower than any time since.  The post-pandemic lows arrived abruptly with today's release of the Housing Market Index from Wells Fargo and the National Association of Homebuilders (NAHB).  The month-over-month decline was the largest in 2 years and is one of only 3 other times that the index has fallen by 8 points since records began in 1985.

Pain points for the housing market are no mystery with prices continuing to increase by roughly 20% year-over-year and mortgage rates hitting the highest levels since 2009 in recent weeks.  The net effect is a massive hit to affordability that increasingly sidelines would-be buyers.  NAHB notes less than half of new and existing homes are affordable for the average family.  Things are even worse for first time and entry-level buyers.

The builder confidence index has several components, and they can take turns influencing the headline number.  These include current sales, expectations for sales over the next 6 months, and buyer traffic.  All three dropped significantly, with a 10 point decline in the 6 month outlook edging out the 9 point drop in buyer traffic and the 8 point drop in current sales.