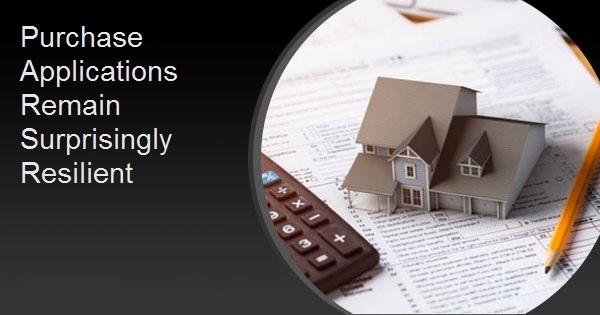 You can't spend too much time reading/watching the news recently without being well aware of the relatively unprecedented surge in mortgage rates seen so far in 2022.  In particular, the month of March was one the worst on record with one individual week in March tying a week in June 2013 as the worst in more than 25 years.  All that to say, rates are much higher!

The higher borrowing costs have had the same impact they always have when it comes to refinance applications.  In this week's Mortgage Application Survey from the Mortgage Bankers Association (MBA), refis dropped another 10 percent, and are now 62 percent lower than the same week last year.

Week to week changes won't tell us too much from here on out as refi demand will increasingly level off near its historical lower boundary.  The index value is so low, that it won't take much to give the temporary appearance of movement in the numbers, but ultimately, we'd need spikes like those seen in early 2015 and the middle of 2016 to consider refi demand to be anything better than 'minimal.'

The purchase market remains a different story.  While purchase applications also declined last week, they are only 9 percent below the same week last year and still higher than most of the past decade before the Covid.  Keep in mind that the survey only tracks applications, so by the time all-cash demand is factored into the purchase market, housing demand has yet to show any major panic over the rising rate environment.

Other highlights from MBA's survey data: