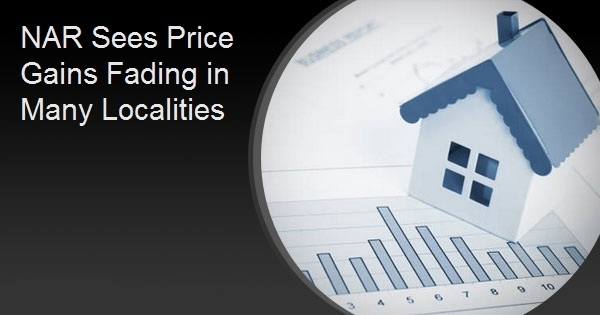 While recent reports from Black Knight and CoreLogic show price increases continuing at record levels, the National Association of Realtors® (NAR) reports they are easing in some metropolitan areas. A fourth quarter report, which covers 183 major housing markets, shows that the share of those markets experiencing annual median home price gains in the double digits fell from over three-quarters (78 percent) in the third quarter of 2021 to 67 percent.

Further, while all four regions of the country had gains in the double digits in Q3, only the South saw such increases in Q4. Prices in that region increased 17.9 percent while the Northeast’s appreciation was 6.8 percent and prices in the Midwest and West rose 8.6 percent and 7.7 percent, respectively.

Nationally, the sales prices of single-family existing homes rose at 14.6 percent in the fourth quarter to a median of $361,700. The increase in the prior quarter was an annualized 15.9 percent.

“Homebuyers in the last quarter saw little relief as home prices continued to climb, albeit not as fast as earlier in the year,” said Lawrence Yun, NAR chief economist. “The increasing prices are indicative of a seller’s market, with an abundance of eager buyers and very limited supply.”

The two metros with the largest annual increases were in Florida, Punta Gorda at 28.7 percent and Ocala at 28.2. Others, all in the 25 percent range were Austin-Round Rock, Phoenix-Mesa-Scottsdale, and Sherman-Denison, Texas.

With sustained price appreciation and higher mortgage rates comes worsening affordability. The monthly principal and interest (P&I) payment on a typical existing single-family home with a 20 percent down payment rose by $201 from a year ago to $1,240. This requires 16.9 percent of the median family income, up from 14.7 percent in the fourth quarter of 2020. However, for first time homebuyers, that P&I payment requires 25.6 percent of household income. A mortgage is considered affordable if that payment requires 25 percent or less.

“The strength of price gains is associated with the strength of the local job market, but the escalating prices took a toll on home shoppers, compelling many to come up with extra cash, and forcing others to delay making a purchase altogether,” said Yun. “A number of families, especially would-be first-time buyers, are increasingly being forced out of the market, and this is why supply is critical to expanding homeownership opportunity.

“The good news is that home prices should begin to normalize later in 2022 as more homes come on the market,” said Yun.