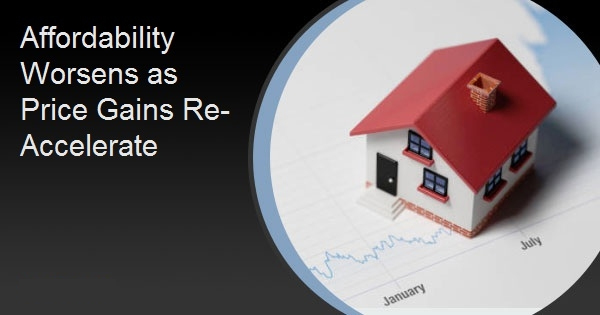 Black Knight did not publish a Mortgage Monitor in January, so the new issue looks at the mortgage market at the end of 2021 into the early days of 2022. The company says that home price growth, which showed signs of cooling in the summer and fall of last year now appears to be re-accelerating, in part because of worsening inventories, which the company calls a crisis.

Much of the report, however, is devoted to the performance of mortgage loans almost two years after the pandemic sent the economy into a brief, but dramatic freefall. While delinquency data for the period was reported in Black Knight’s “first look” last month, the company takes a more detailed look at the current status of the forbearance program and seriously delinquent loans.

As to home prices, they were up 0.84 percent in December, the largest growth on record for that month and a quarter point greater than the December 2020 gain. More than three quarters of the largest 100 markets saw increases slow between July and August of last year, now nearly all have picked up the pace due to a shrinking supply of homes. The company says it expects that trend continued into January as well. Black Knight says condo prices continue to rise faster than single family home prices due to a more depleted inventory. This is contrary to a recent report from CoreLogic which found detached units appreciating at a rate 5.5 points higher than attached units.

Home price increases are now colliding with rising interest rates and the principal and interest (P&I) payments required to purchase the average priced home with a 20 percent down payment and a 30-year mortgage rose 32 percent from December 2020 to an all-time high of $1,454 per month. This payment requires 25.8 percent of the median household income compared to 22.4 percent a year earlier. Twenty-five percent is the long-term pre-Great Recession average payment to income ratio, meaning the current payment represents the worst affordability since 2008.

Black Knight Data &Analytics president Ben Graboske says, “Interest rate jumps in recent weeks have pushed us – and quite quickly – above the long-term, pre-Great Recession average payment-to-income ratio of 25 percent. In response, our rate lock data shows homebuyers are increasingly choosing to pay more in points to buy down the rates on their mortgages to partially offset the effect of recent rate increases, further increasing the burden on today’s homebuyers.”

The company says that a 20.5 percent payment to income ratio has been the tipping point at which home prices begin to decelerate for the last decade, however, the lack of inventory is “keeping home prices running hotter than they might otherwise.”

The number of new listings has been running at a deficit for 30 months. The shortage of active listings improved from -63 percent in June to -55 percent by September, but it climbed back to a negative 60 percent by December and is trending in the wrong direction. This translates to a shortfall of 500,000 to 750,000 active listings when compared to 2017-2019 inventory levels. New listings were down from that period by 13 percent in December alone.

In the meantime, tappable equity set another new record, an aggregate total of $9.9 trillion, up $2.6 trillion year over year. This is the largest single year gain on record, doubling the $1.1 trillion increase in 2020. Equity grew 5.0 percent in the fourth quarter ($450 billion) and 35 percent over the course of the year.

The average homeowner with a mortgage has $185,000 in tappable equity (the amount that could be withdrawn without going above an 80 percent loan-to-value (LTV) ratio. This is $48,000 more than the individual homeowner equity at the beginning of the year.

Importantly, this has pushed the total market leverage, the combined LTV nationwide, to less than 45 percent for the first time ever, down from 50 percent in December 2020 and 75 percent in 2010, the height of the foreclosure crisis. This has implications for homeowners negatively impacted by the pandemic, many of whom could exit homeownership voluntarily and potentially with cash in their pocket.

Rising rates have also sharply cut into the number of homeowners with an incentive to refinance, from a population of 11 million high quality candidates in late 2021 to less than 6 million. That number, however, is still higher than the average refinance pool during the 10 years preceding the pandemic. Still, Black Knight estimates refi activity could retreat by 60 percent this year, cutting overall origination volume by a third.

The company says that, nearing the end of January, there were 835,000 homeowners remaining in forbearance, with the numbers fairly evenly distributed across investment groups. In terms of percentages, 1.6 percent of all mortgages remain in the program, varying from 1.0 percent of GSE (Fannie Mae and Freddie Mac) loans to 2.4 percent of FHA and VA loans and 2.1 percent of those serviced for bank portfolios and private label securities. Volumes are down by 3.9 million from the mid-2020 peak.

The number of forborne loans declined by 57,000 during January although the volume of new plans increased across the board, hitting a nine-week high. The new plans tended to be restarts and Black Knight says many of them may have resulted from the high volume of plan expirations servicers have been dealing with. About 40 percent of the program reentries occurred with 30 days of an exit which suggests that plans were discontinued, perhaps due to a lack of servicer/borrower contact, and then were reinstated before the next payment was due. Of greater concern are the 30 percent of reentries that occurred after three months of absence from the program.

Black Knight says the success of the forbearance programs remain to be seen as about 30 percent of participants are still in loss mitigation. However, of the 7.9 million homeowners who participated in the program, 52 percent are performing on their loans and 27 percent have paid them off through refinance or home sale. Eleven percent are still in the program with 3 percent in their first three-month term. About 263,000 borrowers are past due and out of both forbearance and loss mitigation, however, two-thirds of these were delinquent pre-pandemic.