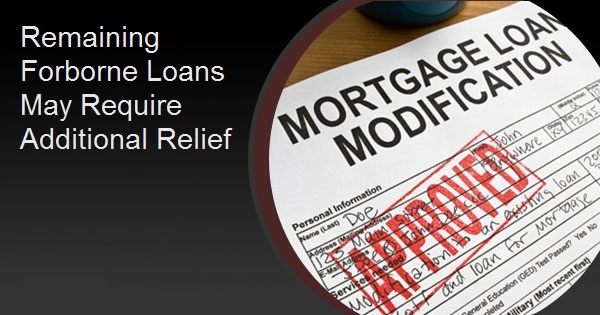 The Mortgage Bankers Association (MBA) has initiated a new monthly Loan Monitoring Survey, to replace its Weekly Forbearance and Call Volume Survey which it published weekly from the start of the pandemic through December 1. The new report covers both forbearances and loan delinquencies for the month of December. At the end of the reporting period MBA estimated that 750,000 loans remained in forbearance, 1.41 percent of mortgages in servicer portfolios. This is a 26-basis point decline over the course of the month.

By stage, 23.2 percent of total loans in forbearance were in the initial forbearance plan stage, while 63.1 percent were in an extension. The remaining 13.7 percent are forbearance re-entries, including re-entries with extensions.

“The share of loans in forbearance continued to decline in December 2021. This was especially the case for government and private-label and portfolio loans, as those loans have higher levels of forbearance than loans backed by Fannie Mae and Freddie Mac,” said Marina Walsh, CMB, MBA’s Vice President of Industry Analysis. “With the number of borrowers in forbearance continuing to decrease below 750,000, the pace of monthly forbearance exits reached its lowest level since MBA started tracking exits in June 2020.”

Added Walsh, “It is likely that the remaining borrowers in forbearance have experienced either a permanent hardship that may require more complex loan workout solutions, or they have encountered a recent hardship for which they are now seeking relief.”

The share of forborne loans serviced by Independent Mortgage Banks (IMBs) dropped from 1.94 percent to 1.66 percent. Among portfolios serviced by depository banks the share fell 28 basis points to 1.24 percent

MBA recapped the performance of the forbearance program according to the status of borrowers/loans at the time they exited the program starting in June 2020.

MBA says that 94.85 percent of mortgage loans in servicer portfolios were current as of December 31, up from 94.58 percent at the end of November. The five states with the highest share of loans that were current were Idaho, Washington, Colorado, Utah, and Oregon.  Those with the lowest share of non-delinquent loans were Louisiana, Mississippi, New York, Illinois, and Indiana.  The numbers are not seasonally adjusted.

The share of loans that received loan workouts from 2020 and onward (repayment plans, loan deferrals/partial claims, loan modifications) and remained current and performing declined to 83.50 percent last month from 83.69 percent in November.