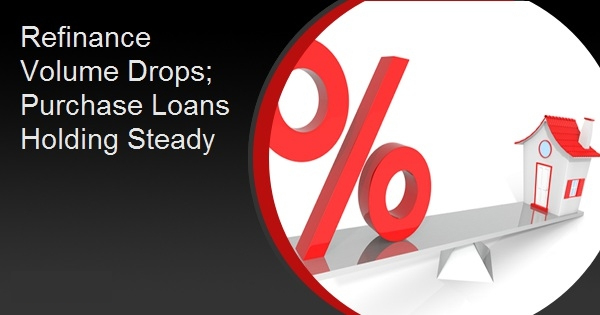 The Refinance Index declined 6 percent week-over-week and was 41 percent lower than the same week one year ago. The refinance share of mortgage activity decreased to 63.3 percent of total applications from 63.9 percent the previous week.

The seasonally adjusted Purchase Index gained 1 percent but was 4 percent lower on an unadjusted basis than the prior week and 9 percent lower than during the same week in 2020.

"Applications to refinance fell over the week, despite the 30-year fixed rate remaining at 3.30 percent," said Joel Kan, MBA's Associate Vice President of Economic and Industry Forecasting. "With rates more than 40 basis points higher than last year, applications were down 41 percent on an annual basis. Fewer homeowners have a strong incentive to refinance at current rates.

"Purchase activity increased slightly, as a 1.7 percent rise in conventional applications offset a 1.6 percent decline in applications for government loans," he continued. "The strength in conventional purchase activity continues to support higher loan balances, which moved back over $400,000. Housing demand remains strong as the year comes to an end amidst tight inventory and steep home-price growth."

The average contract interest rate for 30-year fixed-rate mortgages (FRM) with balances at or below the conforming limit of $548,250 was unchanged at 3.30 percent with 0.39 point. The effective rate remained at 3.41 percent.

Jumbo 30-year FRM, loans with balances exceeding the conforming limit, had a rate of 3.32 percent, down 1 basis point from the previous week. Points were flat at 0.30 and the effective rate was lowered to 3.40 percent

The average contract interest rate for 5/1 adjustable-rate mortgages (ARMs) decreased to 2.75 percent from 2.98 percent, with points increasing to 0.28 from 0.21. The effective rate decreased to 2.85 percent. The ARM share of applications increased from 3.0 percent to prior week to 3.4 percent of total applications.