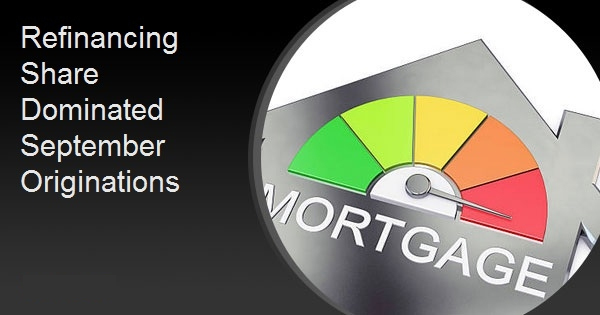 Refinancing continued to account for the largest share of mortgage originations in September, 53 percent of the total compared to 52 percent in October. ICE Mortgage Technology's Origination Insights Report said this was the largest share for refinancing since last April.

Conventional loans continue to be the overwhelming choice of borrowers, accounting for 80 percent of originations during the month, unchanged from August. The shares of FHA and VA loans, 12 percent and 5 percent, respectively, are also the same as in August.

The average interest rate for closed loans decreased to 3.15 percent during the month. The rate was 3.17 percent in August.

ICE's Origination Insight Report mines its application data from a large sample of approximately 80 percent of all mortgage applications initiated on its proprietary platform. The company says the report is a strong proxy of the underwriting standards employed by lenders across the country.