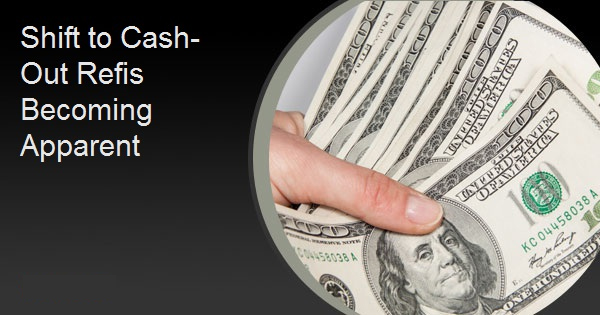 Black Knight says rate locks declined 5.9 percent in October on top of a 10 percent decrease in September. Purchase mortgage locks and those for cash-out refinances were a wash last month,  the former were up 0.4 percent for the month and the latter dipped 0.3 percent. However, locks for rate/term refinances decreased 23 percent and were 63 percent lower than in October 2020.

Those results, of course, were due to the rise in interest rates. Black Knight says its daily interest rate tracker showed a 6-basis point increase in the conforming rate in October to 3.27 percent at month's end and 30 basis points in growth over the last three months. Rates on FHA and VA loans jumped roughly 15 basis points over the month, while jumbo mortgage offerings continued to rise at a slower rate and are now 10 basis points below conforming rates.

Black Knight, in its Mortgage Monitor Originations Report, said that the decline in rate/term activity drove the refinance share of the market down to just 45 percent lock volume, the lowest it's been since June of this year. Cash-out lock volumes, however, are up 33 percent year-over-year. Conforming loan products gained back market share in October, while government products lost ground and the jumbo share ticked up slightly. The report also noted that average credit scores on both types of refinancing fell slightly from September, as higher credit borrowers tend to sit on the sidelines in rising rate environments.

Black Knight Secondary Marketing Technologies President Scott Happ said, that as the company had predicted in its regular Mortgage Monitor report last week, the dynamics of the refinance market are changing, with a sharp shift away from rate/term refis to cash-out lending. "This shift tends to happen in any rising rate environment, never mind one in which American mortgage holders have more than $9 trillion in tappable equity available to them. While we did see cash-out locks tick down in October, the overall trend toward an equity-centric refi market remains strong and one we will continue to watch closely in the coming months."