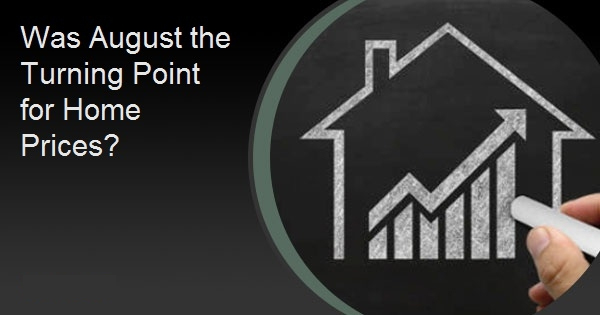 Was August the Turning Point for Home Prices?

There were further indications in August that home price gains are beginning to slow. The appreciation rate of the Federal Housing Finance Agency's (FHFA's) House Price Survey (HPI) retreated slightly on both a monthly and an annual basis while the various S&P CoreLogic Case-Shiller home price indices either slowed or remained unchanged on an annual basis.

Phoenix and San Diego reported the highest year-over-year gains among the 20 cities in August while Tampa unseated Seattle from third place. Phoenix home prices increased 33.3 percent year-over-year while San Diego had an appreciation rate of 26.2 percent. Tampa followed at 25.9 percent. Eight of the 20 cities reported higher price increases in the year ending August 2021 versus the year ending July 2021 compared to 17 cities reporting such gains in July.

CoreLogic Deputy Chief Economist Selma Hepp commented, "The U.S. S&P CoreLogic Case-Shiller Index showed a turning point in August, up 19.8 percent, the same as the month before. And while demand remains strong and buyers are still generally paying more for homes than asking price, the slowing acceleration in home prices suggests that buyer fatigue is setting in, particularly among higher-priced homes where the acceleration in price growth from the previous month has been larger compared to low tier homes."

Managing Director and Global Head of Index Investment Strategy at S&P DJI. Every one of our city and composite indices stands at its all-time high, and year-over-year price growth continues to be very strong, although moderating somewhat from last month's levels. "We have previously suggested that the strength in the U.S. housing market is being driven in part by a reaction to the COVID pandemic, as potential buyers move from urban apartments to suburban homes. More data will be required to understand whether this demand surge represents an acceleration of purchases that would have occurred anyway over the next several years or reflects a secular change in locational preferences. August's data are consistent with either explanation. August data also suggest that the growth in housing prices, while still very strong, may be beginning to decelerate.

The S&P CoreLogic Case-Shiller Home Price Indices are constructed to accurately track the price path of typical single-family home pairs for thousands of individual houses from the available universe of arms-length sales data. The National U.S. Home Price Index tracks the value of single-family housing within the Uni0ted States. The indices have a base value of 100 in January 2000; thus, for example, a current index value of 150 translates to a 50 percent appreciation rate since January 2000 for a typical home located within the subject market.

FHFA reports that its HPI, which is based on the sales prices of homes financed by either Fannie Mae or Freddie Mac, increased 1.0 percent in August, a slight deceleration from the 1.4 percent increase posted from June to July. The index rose 18.5 percent on an annual basis, also a slower pace than the 12-month gain in July of 19.2 percent. For the nine census divisions, seasonally adjusted monthly house price changes from July 2021 to August 2021 ranged from an 0.1 percent decline in the New England division to 1.9 percent appreciation in the South Atlantic division. The 12-month changes were all positive and ranged from 14.9 percent in the West North Central division to 25.8 percent in the Mountain division. "Annual house price gains remained extremely high in August but the pace of month-over-month gains continues to decelerate," said Dr. Lynn Fisher, FHFA's Deputy Director of the Division of Research and Statistics. "This does not mean house prices are at risk of declining-far from it, they continue to climb at a double-digit pace in all regions-but it does suggest we may have seen the peak in annual gains for the time being."