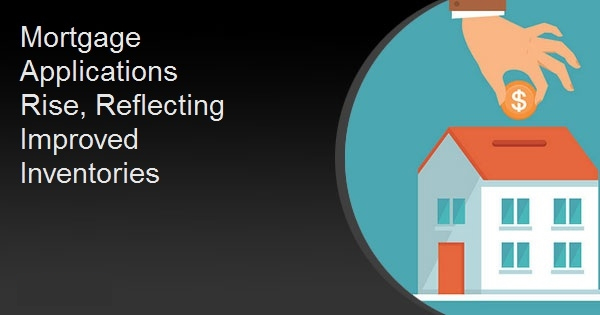 The volume of applications for first mortgages grew by 4.9 percent on a seasonally adjusted basis during the first full week after Labor Day. The Mortgage Bankers Association (MBA) says its Market Composite Index, a measure of mortgage loan application volume increased 16 percent during the week ended September 17. The prior week's numbers had been adjusted to account for the holiday.

The Refinance Index increased 7 percent from the previous week but was 5 percent lower than the same week one year ago. The refinance share of mortgage activity increased to 66.2 percent of total applications from 64.9 percent the previous week.

The seasonally adjusted Purchase Index was 2 percent higher week-over-week and up 12 percent unadjusted. Volume was 13 percent lower than the same week one year ago.

"There was a resurgence in mortgage applications the week after Labor Day, with activity overall at its highest level in over a month, and purchase applications jumping to a high last seen in April 2021," said Joel Kan, MBA's Associate Vice President of Economic and Industry Forecasting. "Housing demand is strong heading into the fall, despite fast-rising home prices and low inventory. The inventory situation is improving, with more new homes under construction and more homeowners listing their home for sale. Despite this week's increase, purchase applications were still 13 percent lower than the same week a year ago."

Added Kan, "Homeowners acted while rates remained low at 3.03 percent. This week's refinance gain of 7 percent was driven heavily by an increase in FHA and VA applications."

The average contract interest rate for 30-year fixed-rate mortgages (FRM) with conforming loan balances of $548,250 or less was unchanged at 3.03 percent. Points decreased to 0.30 from 0.32 and the effective rate dipped to 3.11 percent.

Thirty-year FRM with FHA backing had an average rate of 3.07 percent, up 3 basis points from the previous week. Points declined to 0.25 from 0.27 and the effective rate increased to 3.15 percent.

The 2,34 percent rate for 15-year fixed-rate mortgages was unchanged from the prior week. Points dropped to 0.24 from 0.29, lowering the effective rate to 2.40 percent.

The average contract interest rate for 5/1 adjustable rate mortgages (ARMs) was 2.51 percent, 17 basis points below the prior week. Points increased to 0.12 from 0.11 and the effective rate fell to 2.55 percent. The ARM share of activity decreased to 2.9 percent of total applications from 3.3 percent a week earlier.

According to MBA's Forbearance and Call Volume Survey, the number of loans in forbearance fell 8 basis points during the week ended September 12. The 3.00 percent of servicer's portfolios remaining in active plans equates to 1.5 million homeowners. By stage, 11.3 percent of the forborne loans are in their initial terms, 80.2 percent have been extended, and the remaining 8.5 percent are re-entries to the program.

MBA's latest Forbearance and Call Volume Survey covers the period from September 6 through September 12 and represents 74 percent of the 36.8 million loans in the first-mortgage servicing market.