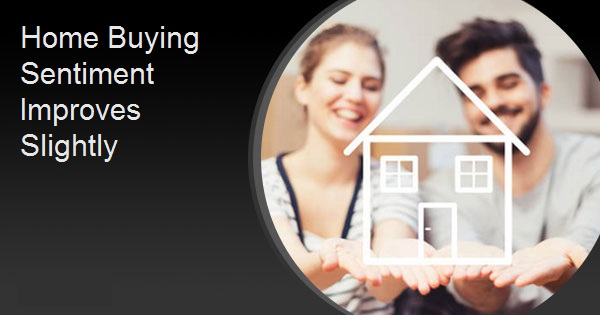 
Consumers felt a little better about the wisdom of buying a home last month than they did in July, although that isn't saying a lot. Fannie Mae says 32 percent of respondents to its August National Housing Survey (NHS) said it was a good time to buy, up from 28 percent in July. Those who said it was a bad time declined by 3 percentage points to 63 percent, leaving net positive responses at a negative 31 percent, 7 points higher than the prior month but down by 55 points year-over-year.

Seventy-three percent of those surveyed said it was a good time to sell, but this was down from 75 percent in July and marked the second monthly decline. Net positive responses declined to 54 percent, down 1 point from July and 8 points compared to June.

The six questions from the NHS that are used to construct the Home Purchase Sentiment Index (HPSI) split evenly between gainers and losers last month and the Index remained flat at 75.7, a 1 point dip from July, and 1.8 points lower than in August 2020. In addition to the slight increase in consumer sentiment about home buying, there were also more positive answers regarding expectations for mortgage rates and reported household income. The percentage of respondents who say mortgage rates will go down in the next 12 months increased from 5 percent to while 53 percent expect higher rates and 35 percent anticipate no change. As a result, those expecting lower rates increased from a net of -58 percent to -53 percent.

The increase in the component reflecting household income was due to a higher number of those reporting no change over the last 12 months, 3 points higher than in July at 59 percent. The number reporting either lower or higher income declined only slightly leaving the net "higher" income category at 14 percent, one point higher month-over-month.

The two other components that moved lower during the month were expectations about home price increases and concerns over job security. Forty-percent of respondents believe home prices will rise over the next 12 months, 6 points fewer than the prior month, while there was a 3 point increase to 24 percent in those who expect a decline. Factoring in the 31 percent (up 4 points) who expect no change and the net of those expecting higher prices dropped 9 points from July.

Finally, 82 percent of respondents said they are not concerned over losing their job in the next 12 months, a 2 point decline. The share of those who are concerned increased 2 points, leaving the net share of the unconcerned down 4 points at 67 percent.

"The HPSI remained relatively flat this month, suggesting to us that the continued strength of demand for housing and favorable home-selling conditions may be offsetting broader concerns about the Delta variant and inflation that have negatively impacted other consumer confidence indices," said Mark Palim, Fannie Mae Vice President and Deputy Chief Economist. "Most consumers continue to report that it's a good time to sell a home - but a bad time to buy - and they most frequently cite high home prices and a lack of supply as their primary rationale. However, the 'good time to buy' component, while still near a survey low, did tick up for the first time since March, perhaps owing in part to the favorable mortgage rate environment and growing expectations that home price growth will begin to moderate over the next twelve months."