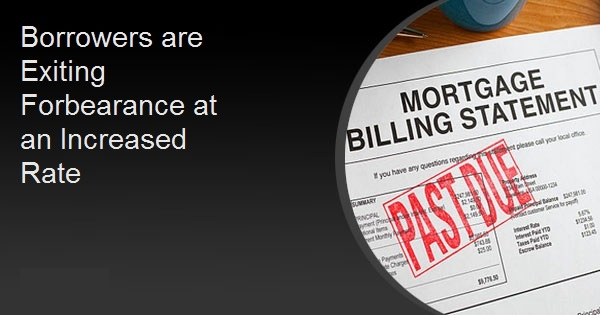 Borrowers are Exiting Forbearance at an Increased Rate

For the moment at least, the number of loans in forbearance are heading downhill and picking up speed. Black Knight says the number of active plans declined by 135,000 over the past month (-5 percent), 19,000 (-0.7 percent) occurred in the last week alone. As of March 23, there were 2.57 million loans remaining in forbearance, 4.9 percent of all active mortgages.

The company says this month's rate of decline is the strongest since late November. Servicers have worked through 1.2 million plans that entered the month with expirations scheduled at the end of the month. With eight days left in the month when Black Knight compiled this week's data, there were still 46,000 loans to process, providing the potential for additional improvement in the next few weeks.

The number of loans serviced for Fannie Mae and Freddie Mac (the GSEs) dropped by 21,000 last week and 10,000 fewer FHA/VA loans remained in plans. The number of forborne loans serviced for bank portfolios or private label security (PLS) investors increased by 12,000 to 676,000 or 13 percent of those loans. At the end of the reporting period there were 837,000 GSE loans and 1.06 million FHA/VA loans remaining in forbearance. Those numbers represent 3.0 percent and 8.8 percent of those guarantors' portfolios, respectively.

While the number of exits from plans was substantial, Black Knight points out that this was primarily a factor of the sheer number scheduled for review. Seventy-five percent of plans expiring in recent weeks have been extended. The week's report concludes, "Early extension activity suggests servicers continue to approach forbearance plans in three-month increments, with the bulk of would-be March expirations being extended out through June.,"