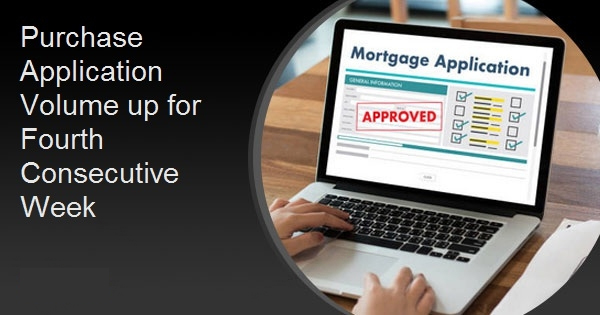 Mortgage application volume declined for the third consecutive time during the week ended March 19 as refinancing continued to retreat. The Mortgage Bankers Association's (MBA) Weekly Mortgage Applications Survey revealed a 2.5 percent decrease in the seasonally adjusted Market Composite Index, a measure of mortgage loan application volume. The Index was down 2.0 percent before adjustment.

The Refinance Index declined 5 percent from the previous week and was 13 percent lower than the same week one year ago. Refinancing accounted for 60.9 percent of the week's applications compared to 62.9 percent during the week ended March 12.

The Purchase Index increased 3 percent on both an adjusted and unadjusted basis. It was 26 percent above its level during the same week in 2020.

"The 30-year fixed mortgage rate increased to 3.36 percent last week and has now risen 50 basis points since the beginning of the year, in turn shutting off refinance incentives for many borrowers," Joel Kan, MBA's Associate Vice President of Economic and Industry Forecasting aid. "Refinance activity dropped to its slowest pace since September 2020, with declines in both conventional and government applications. Mortgage rates have moved higher in tandem with Treasury yields, as the outlook continues to improve amidst the faster vaccine rollout and states easing pandemic-related restrictions.  Purchase applications were strong over the week, driven both by households seeking more living space and younger households looking to enter homeownership. The purchase index increased for the fourth consecutive week and was up 26 percent from last year's pace. The average purchase loan balance increased again, both by quickening home-price growth and a rise in higher-balance conventional applications."

Added Kan, "Inadequate housing inventory continues to put upward pressure on home prices. As both home-price growth and mortgage rates continue this upward trend, we may see affordability challenges become more severe if new and existing supply does not significantly pick up."

The rate for 5/1 adjustable rate mortgages (ARMs) declined to 2.79 percent from 2.82 percent, while points increased to 0.44 from 0.30 and the effective rate rose to 2.95 percent. The ARM share of activity was 3.2 percent of total applications compared to 2.7 percent the prior week.

The ranks of loans in forbearance shrank again over the period covered by MBA's most recent Forbearance and Call Volume Survey. A 6 basis point decline brought the share of forborne loans in servicer portfolios down to 5.14 percent as of March 7, 2021. According to MBA's estimate, 2.6 million homeowners are in forbearance plans. By stage, 14.1 percent of those loans are in their initial terms while 83.3 percent have received an extension. The remaining 2.6 percent are forbearance re-entries.

"One year after the onset of the pandemic, many homeowners are approaching 12 months in their forbearance plan. That is likely why call volume to servicers picked up in the prior week to the highest level since last April, and forbearance exits increased to their highest level since January. With new forbearance requests unchanged, the share of loans in forbearance decreased again," said Mike Fratantoni, MBA's Senior Vice President and Chief Economist. "Homeowners with federally backed loans have access to up to 18 months of forbearance, but they need to contact their servicer to receive this additional relief."

Fratantoni added, "The American Rescue Plan provides needed support for homeowners who are continuing to struggle during these challenging times, and stimulus payments are being delivered to households now. We anticipate that this support, along with the improving job market, will help many homeowners to get back on their feet."