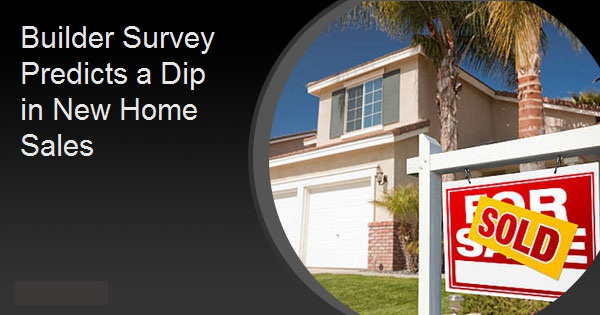 The Mortgage Bankers Association (MBA) is predicting a slowdown in new home sales when the Census Bureau releases its statistics next week. MBA's Builder Application Survey (BAS) data for February 2021 shows mortgage applications for new home purchases increased 9.2 percent compared to a year ago but were down by 9 percent year-over-year. This change does not include any adjustment for typical seasonal patterns.

Based on these applications and other data, MBA estimates that new single-family homes were selling at a seasonally adjusted annual rate of 748,000 units in February. This is a decline of 17.3 percent from the January pace of 905,000 units.  On an unadjusted basis, MBA estimates the month's sales numbered 65,000 units, a 5.8 percent decrease from 69,000 the prior month.

"The economy and job market continue to improve, but new home sales activity slowed in February. Builders continue to be confronted with rising input costs and a lack of available lots, causing them to slow production," said Joel Kan, MBA's Associate Vice President of Economic and Industry Forecasting. "Applications for new home purchase mortgages decreased last month but remained over 9 percent higher than a year ago, and MBA's estimate of new home sales, at 748,000 units, was at its slowest annual pace since May 2020. After seven consecutive months of a strong 800,000-plus-unit sales pace, supply and demand imbalances are likely creating bottlenecks."

Added Kan, "The average loan size rose to a record high of over $370,000, and the conventional share of applications also hit a new high, as overall housing inventory levels remain extremely low and are pushing home prices higher."

Seventy-four percent of applications were for conventional loans and 15.4 percent for FHA loans. VA and RHS/UDA applications accounted for 9 percent and 1.5 percent, respectively. The average loan size of new homes increased from $363,493 in January to $370,679 in February.

MBA's Builder Application Survey tracks application volume from mortgage subsidiaries of new home builders across the country.  This enables MBA to provide an early estimate of new home sales volumes at the national, state, and metro level and the types of loans used to buy them. Official new home sales estimates are conducted monthly by the Census Bureau at contract signing, which is typically coincident with the mortgage application. The next Census Bureau report will be issued on March 23.