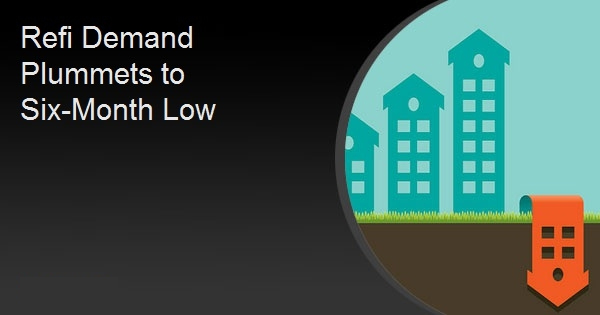 Mortgage application volume declined again during the week ended March 12, as refinancing deflated in the face of rising interest rates. The Mortgage Bankers Association (MBA) said its Market Composite Index, a measure of that volume, decreased 2.2 percent on a seasonally adjusted basis from one week earlier and was down 2 percent on an unadjusted basis.

Purchase applications were 2 percent higher than the week ended March 5 on an unadjusted basis and up 3 percent before adjustment. Those applications were up 5 percent from the same week in 2020. They have been higher year-over-year every week since the year began.

"Mortgage application activity was mixed last week, as the run-up in rates continues to reduce incentives for potential refinance borrowers. The 30-year fixed rate increased to its highest level since June 2020, and all other surveyed rates were either flat or increased," said Joel Kan, MBA's Associate Vice President of Economic and Industry Forecasting. "After reaching a recent high in the last week of January, the refinance index has since fallen 26 percent to its lowest level since September 2020. Rates have jumped 36 basis points since the end of January, and last week refinance activity fell across all loan types."

Added Kan, "The purchase market helped offset the slump in refinances. Activity was up 5 percent from a year ago, as the recovering job market and demographic factors drive demand, despite ongoing supply and affordability constraints."

The average contract interest rate for 30-year fixed-rate mortgages (FRM) with conforming loan balances of $548,250 or less increased to 3.28 percent from 3.26 percent, with points decreasing to 0.41 from 0.43 point. The effective rate increased to 3.40 percent.

The average contract interest rate for jumbo 30-year FRM, loans with loan balances greater than $548,250, were unchanged at 3.34 percent points declined to 0.40 from 0.50 and the effective rate dipped to 3.46 percent.

The average contract interest rate for 5/1 adjustable rate mortgages (ARMs) increased to 2.82 percent from 2.69 percent, with points decreasing to 0.30 from 0.37. The effective rate increased to 2.90 percent.  The ARM share of activity decreased to 2.7 percent from 3.0 percent a week earlier.

The number of loans in forbearance continue to shrink over the last week. MBA reports that its latest Forbearance and Call Volume Survey put the number of loans in active plans as of March 7 at an estimated 2.6 million or 5.20 percent of all mortgages in servicer portfolios. That percentage is down 6 basis points from the previous week. By stage, 14.1 percent of the remaining loans in forbearance are in their initial forbearance term while 83.3 percent are in an extension. The remaining 2.6 percent are program  re-entries.

"One year after the onset of the pandemic, many homeowners are approaching 12 months in their forbearance plan. That is likely why call volume to servicers picked up in the prior week to the highest level since last April, and forbearance exits increased to their highest level since January. With new forbearance requests unchanged, the share of loans in forbearance decreased again," said Mike Fratantoni, MBA's Senior Vice President and Chief Economist. "Homeowners with federally backed loans have access to up to 18 months of forbearance, but they need to contact their servicer to receive this additional relief."

Fratantoni added, "The American Rescue Plan provides needed support for homeowners who are continuing to struggle during these challenging times, and stimulus payments are being delivered to households now. We anticipate that this support, along with the improving job market, will help many homeowners to get back on their feet."